Ideas that will Derail the descent to Barbarity 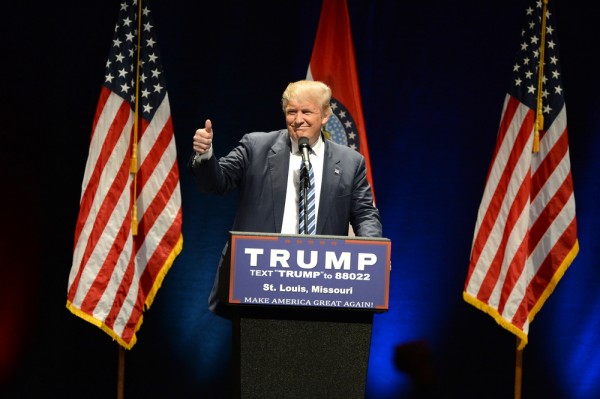 What could be better than waking up in time to witness the last few minutes of the historic race between the Champion of Deplorables and the Best Friend of Banksters, and to see Trump emerging victorious! Thank you, Lord, for allowing me to see these scenes at all and especially in sunny Jerusalem where I am now, and thank you, our American friends, for achieving this victory. You were not scared when they called you “racist rednecks”, you did not despair when the CNN said (yesterday) that Clinton had a 96% chance of winning. You did not sat down with a bottle of beer, you still went to the booths and voted, God bless you.

And thank you those who voted against Trump. Ex-Pres. Bush said he did not vote for Trump – why, this news made my day! I am so happy that we do not owe anything, not a single vote in the victory, to the warring Bushmen. It would be embarrassing to find oneself in the same camp as the Butcher of Iraq. John McCain tried to knife Trump, didn’t endorse him – this is also good news. The FBI boss submitted to pressure and supported Clinton instead of adhering to the law: good riddance!

God bless you, my colleagues and editors of the truly great independent American media, Ron Unz of Unz.com, Jeffrey St Clair of Counterpunch, Justin Raimondo of Antiwar.com! By attacking the corrupted mainstream media, you preserved the dignity and the meaning of our profession, you delivered analysis and opinions to the thinking working men of America.

God bless you, Julian Assange of Wikileaks, in the windowless room in the Ecuadorian embassy in London! You did so much by publishing the documents nobody dared to touch. Without you, the American people would not know of the evil stratagems in the DNC, of the Podesta plots. You unmasked their plans. These discoveries will provide much material to tomorrow’s media. Let President Donald Trump pardon Julian, for all he did, he did for us, in the great battle against the evil globalizers. And while he’s at it, let him pardon Edward Snowden and Bradley Manning, let them go home in honour.

Today, mankind has avoided a great danger. We peered into the abyss of Armageddon and quickly moved away. Now the world can fix its many problems. The Middle East wars will soon be over. With defeat of the Daesh Queen Hillary, the fanatic rebels will leave Aleppo for their bases in the Arabian desert and allow Syrians to rebuild their beautiful land. Let Saudis feed and house the ISIS gangs, perhaps they will be useful camel riders. There is enough space in Saudi Arabia for all the jihadis, let them go there and stay there.

Friendship with Russia will disarm the other source of danger, Eastern Europe. The NATO warmongers will retire to cultivate cucumbers. Estonia will be safe, actually, safer without American tanks. The world does not need so many weapons of mass destruction; the funds can be spent on something better, like affordable medical care for the average Americans. Or indeed infrastructure, as Trump mentioned.

Minority politics did not work. The women, the white women of America gave their votes to Trump, despite being ordered to march with the sisterhood of Madeleine Albright. US citizens of Mexican origin knew they are being used by people who do not care for them: and they did not bother to go and vote for Clinton.

What about the Jews? I’ll surprise you: despite many dark hints to the contrary, Israelis were happy with Trump’s victory. The US citizens living in Israel voted for Trump. Religious Jews (in Israel and in the US) voted for Trump. There was a hysterical scream in the Jewish liberal camp, among the gay parade Jews, or among financial Jews, but this is a small though voluble part of Jewish population.

Indeed Hillary propaganda warriors claimed that all the Jews support Clinton and are afraid of Trump. But not every Jewish woman is called Janet Yellen; not every Jewish man is George Soros (who is very unpopular in Israel) or the CEO of Goldman Sachs, Lloyd Blankfein. Conservative and observant Jews did not like the push against gender normalcy that seems to be the favorite topic for Clinton camp.

Trump’s idea of a border wall is already a success in Israel: such a wall has been built between Israel and Egypt’s Sinai. Before the wall was built, tens of thousands of African job-seekers flooded Israel; since the wall has been completed about one hundred plucky persons made it. The liberals in Israel demanded to provide full rights to the refugees from Eritrea and Sudan, who were housed in the poor Jewish neighborhoods. There was a lot of aggravation, and the wall solved it all.

In short, the claim for “all the Jews” has been as false as the claim for “all the women”. One can expect that the Jews will produce a new community leadership instead of the old one that had been tainted with hatred to working class whites and to the Christian church. It is possible: Jews are very flexible, and they usually know the difference between what they want and what they can get.

The Palestinians I meet these days in Jerusalem, Bethlehem and Ramallah do not regret the Fall of the House of Clinton. They have gotten nothing from the Democratic Presidents. They were obedient to AIPAC and quick to veto every pro-Palestinian resolution. Is there a possible solution for the Palestinian-Israeli conflict? Yes, this is called One State Solution. Let Israel absorb all Palestinian territories and populations, give them equal rights, as the Americans did to their minorities. Provided the equal rights campaign in the US had been very popular with American Jews, surely they will love to repeat it in Israel, too. 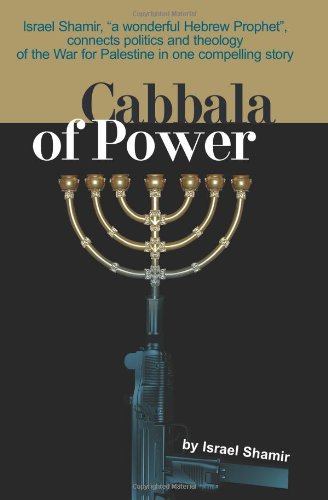 Palestinian Christians, a big native community, are especially happy with defeat of Clinton who was partial to radical Muslims of the Middle East. They hope the US and Russia will help to rebuild the community and will protect them from the extreme Zionists and Wahhabis’ rage.

The Russians are flabbergasted with Trump’s victory. Yes, many of them hoped and prayed for Trump, but practically all Russians I know of were damn sure that Clinton would win despite the popular vote. After being manipulated for years, the Russians had lost their belief in democratic process. They were certain that the banks, the Pentagon, the Supreme Court and the media will force Clinton’s election through. My friends in the Russian pro-Kremlin media did not believe that in the US, people’s will may prevail over the Masters of Discourse. Ye of small faith, I told them, everything can happen if we want it. Now they learned that not everything is “sxvacheno” (agreed and decided in advance).

Trump’s victory is the great triumph of democracy, the next after the Brexit. Twice within one year, the people of England and America proved they can achieve what they want, even if the globalizing elites of bankers and media will stand against them. We can hope that the elections in Europe will follow this new pattern of true democracy, instead of the fake one practiced recently. France may be first to get her Trump, Marine Le Pen.

If Clinton had won, there would be more transgender toilets, more immigrants and more wars. Not much fun. Now we are entering the whole new world of new ideas and deeds. There are hundreds of suggestions ripe to be implemented. Donald Trump can borrow a leaf from Kennedy’s book and immediately start a nation-wide discussion of what can be done. Trump can harness the energy of the masses like has not been done for a century. And yesterday’s betrayed Sandernistas can take a prominent place in this transformation.

The interesting – and dangerous – part begins right now, after the election. The New York Times has already proposed: “Trump can be a good president. He just needs to forget most of what he said on the campaign trail.” What is good for the New York Times is bad for Trump’s voters and supporters. We hope Trump will avoid the danger of being co-opted by the people who besmirched him yesterday. Let him implement his ideas. And let us help him to lead us into a better and newer world.