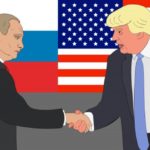 The highly anticipated encounter of the two presidents went better, much better than anybody predicted. There was a lot of anxiety, and expectations were low as heavy rain clouds, especially after Trump’s visit to Warsaw where he obediently repeated the Cold War platitudes dictated by his minders. Trump had been sent off to Hamburg by Was[...] 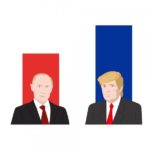 The first date is a decisive one, as we learned in college, while courting Nancy or Alice. The coming first date of two Presidents, the two superheroes of our generation is likely to set the trend for coming years. How will it go? What will they say? The consequences can be joyous – or fatal. 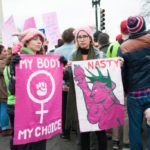 The ascent of Donald Trump is more than a change of tenant of the White House on 1600, Pennsylvania Ave. It is a momentous swing from Yin to Yang, from dark feminine to bright masculine paradigm, from Cybele to Christ. Tremendous resistance to the regime change proves its unique importance. That’s why the American colour revolution, the attempt to prevent the new president’s reign, took a [...]
Read in French: L’ère Trump : du Yin au Yang
Israel Shamir
1 Comment 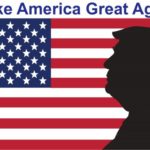 It is so dark now in the North. The Sun rises at 10 am to go down at 3 pm. White and plentiful snow and glorious stars outside and Christmas trees indoors make this darkness bearable – just. Here one understands why the people of the North had viewed Yuletide with great anxiety: they never were quite sure whether the Darkness would actually lift and pass away and the Day would gain this year,[...]
Israel Shamir
Comments

Donald Trump’s electoral victory unleashed pent-up tectonic energies on the unprecedented scale. The world has been changed, much more than could be expected from any election of a US president. Just a short time has passed since election day, but it appears that the New World Order has received a shattering blow. There is a great feeling of freedom in the air, as if the vote broke the chains[...]
Read in French: La libération des esclaves
Israel Shamir
Comments 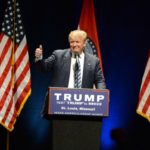 What could be better than waking up in time to witness the last few minutes of the historic race between the Champion of Deplorables and the Best Friend of Banksters, and to see Trump emerging victorious! Thank you, Lord, for allowing me to see these scenes at all and especially in sunny Jerusalem where I am now, and thank you, our American friends, for achieving this v[...]
Read in French: Félicitations, les gars!
Israel Shamir
Comments 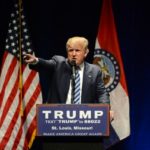 The Jews can be a formidable enemy: devoid of scruples, they hunt in packs. Like aunts in P G Wodehouse’ fiction, they do not stoop to fair play: they go for the jugular. The hunt for disobedient leaders is their favourite national sport; and woe to a politician who crosses their path. They occupy commanding heights in the US media and finance and they can undermine politicians susceptible to[...]
Read in French: Les minorités à protéger, une stratégie
Israel Shamir
Comments 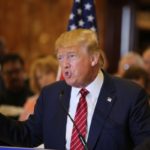 Only a dumb fish would complain if a man were to say: “I never eat fish, and I do not intend to eat fish”. Only the dumbest fish would condemn the man as a bigot: “What! He does not like us!” And yet, our Muslim American friends apparently emulate the stupid fish when speaking of Donald Trump. I spoke well of Trump. My Radical Muslim American friend screamed on a list serve: “And what abou[...]