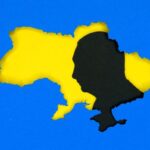 We have been struggling to understand the tragic events in the Ukraine, poring over a stream of current events to discover the master plan behind Putin’s strategy. We failed. Then we looked back to December last year. Suddenly it all clicked. 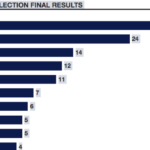 People do not like liberals – well-wishing, wishy-washy liberals. They prefer man-eating crocodiles. Israelis voted out their liberal PM Lapid and returned Bibi Netanyahu to Balfour Street. Bibi was out of office for all of one and a half years, [...] 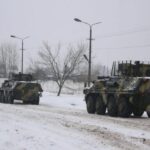 The war was predominantly dull; with little movement. Trench warfare as in WWI. The big mistake was at the beginning when Russia tried to take a country of 40m with a few soldiers. The Head of Russian Intelligence Mr Naryshkin recently

The immediate beginning of the trouble was a Geneva summit between two presidents that apparently went wrong. We don’t know what went wrong. The pro-Western Russian officials ran away to Georgia and Israel; they are being replaced by anti-Western[...]

The second month of Ukraine War was quite slow moving. Line of contact hardly moved. Ukrainians fought insistently. After one month, the most important event was not a military victory, but financial one. Russians couldn’t sell their oil and gas [...]

After many requests, Russia invaded Ukraine. We all were mistaken; we thought the invasion wouldn’t happen. But it did. The Russian logic is straightforward: if NATO would come that close to Moscow, Russia won’t be able to defend oneself. Time of[...]

The 16th of February passed without a hitch; but the Ukraine Crisis did not fade out. Now there is a new date for invasion 20 of February, or soon after. On 19 Feb Saturday, Ukrainian right-wingers attacked Donbas and Donbas authoritie[...] 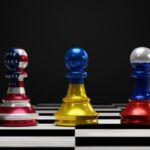 The Ukraine crisis bewilders Russians. And Europeans, too. Putin says he does not want to invade Ukraine. NATO has no proof Russia prepares invasion. If Ukraine prepares an attack, it will lose its statehood, Putin says. NATO demands Russia withd[...] 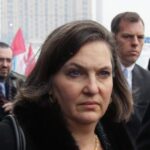 Rarely has Russia used this sort of language to a top rep of the major Western powers, but she was sorely pushed. Diplomats are usually polite, but Mrs (“F*ck the EU”) Nuland awoke the beast in her Russian counterparts. Probably it was a mistake to insist that she should be the one to deal with the Russians. As a young woman, Victoria Nul[...] 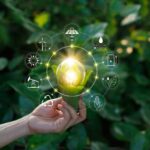 An interesting coincidence: the beginning of October ushered in a double crisis: the first collapse of the Internet and the final failure of the Green Economy. Facebook employees used saws and axes to get into their working places, for the smart [...]