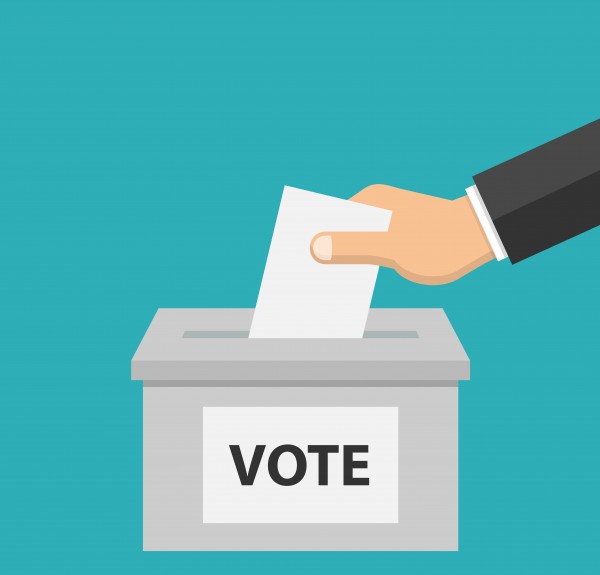 I envy you, American citizens. I do not care about your military might, nor for your supreme currency, the US dollar. I envy your chance to deal on 11/8 a decisive blow to the rule of the Masters of Discourse. Though the Masters control the entirety of world media, and they decide what people may think and say from Canada to Hong Kong, only you, American citizens, can defeat them. This is a great chance, a unique opportunity not to be missed.

The Masters of Discourse can be defeated. They are not stronger than any ruler of past. Trump has a great quality making him fit for the task: he is impervious to labels and libels. He had been called everything in the book: anti-Semite, racist, women hater, you name it. And he still survived that flak. Such people are very rare.

We know he is against the Masters because every newspaper is against him. I never saw a similar onslaught but once, in Russia in 1996. Then President Yeltsin, an old drunkard who had brought Russia to collapse, had to run for his second term. His popularity was next to zero. Two per cent of Russians intended to vote for him. And then the oligarchs turned on their propaganda machine. Yeltsin’s competitor Gennady Zyuganov, a mild church-going post-communist, had been presented like a Hitler of his days. All the Russian media of the day belonged to oligarchs, and all of it participated in the onslaught. Zyuganov surrendered.

Perhaps he won the election, but he congratulated Yeltsin with his victory. It was said that he was threatened with assassination unless… Others say he was bribed. I do not exclude both explanations, but for sure the might of united media can crush a timid man.

In the days of the Jewish Temple, there was a Magrepha, a wind instrument able to produce diverse and frightening sounds. There is no agreement among the scholars about what sort of thing it was. Whenever it sounded, people were scared.

The media of our days is a new Magrepha. If all of its outputs are united, they produce a terrible roar.

Yes, the onslaught of the media upon Trump had been exceedingly unfair, but he survived it. What is even more important, you survived it. It does not matter what the polls say: they say what the newspapers tell them to say. Even people answer the polls according to the media prognoses: they are shy of saying they would vote for a man who … But at the moment of actual vote, they do what they know is right for them. Not for transgenders, not for Muslim brokers, not even for single mothers, but for themselves.

You have a very good chance to win, and to defeat the witch and her supporters. We learned that the British people voted for Brexit, though all the media said that proposal had no chance. But we also learned from Brexit, that nothing is over until it is over. The Masters of Discourse will try every trick to steal the elections, and only their fear of armed rising may finally force them to acknowledge their inevitable defeat.

We know that in 2015, when Benjamin Netanyahu, the Israeli Prime Minister, was afraid of losing the elections, he revealed that the American intelligence has some superior software which allows them to falsify the elections. Perhaps, but he won despite this magical software, despite Obama’s wrath.

Even in Israel, that favorite son of the Masters, the Masters are hated. The New York Times is always speaking good about Israel, but still Israelis do not like the newspaper. Nobody likes them, nobody likes an old aunt who tries to tell us what we can say and what we can’t. If Netanyahu could win, Trump can win twice.

After the first debate of Trump and Clinton, people said: She won! But we shall vote for him. This was a very encouraging sign. Indeed every woman worth its salt would win an argument with her husband or son-in-law, let alone a pretender. That is the way we are made. The story of sirens enforces the belief that if you listen to a woman, she will bewitch you. Sirens actually ate the bewitched sailors; our womenfolk do not go to such extremes, but they can cause us a lot of trouble.

Trump seems to be almost pure of heart and deed, as even extremely prejudiced media could not find anything really incriminating about him but bragging about having his way with women. I shall not recount so many proven accusations against Hillary. All of that can be found in the emails revealed by Julian Assange and his great Wikileaks team. The media kept mum about it, but the secrets can’t be kept forever.

There are many practical things Donald Trump will be able to fix. He can return industries home, he can return American GIs home from four ends of the world, he can improve lot of working men. But he surely will set all of us free from the annoying bondage of the Masters. Just for that reason, go and vote, for yourself and for millions of us who aren’t entitled to.