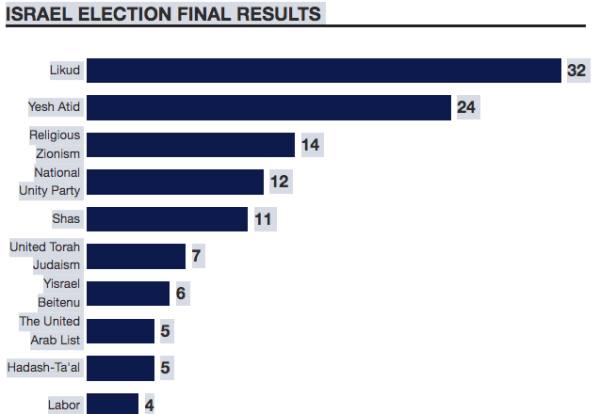 People do not like liberals – well-wishing, wishy-washy liberals. They prefer man-eating crocodiles. Israelis voted out their liberal PM Lapid and returned Bibi Netanyahu to Balfour Street. Bibi was out of office for all of one and a half years, and at that time enlightened Israelites (mainly Ashkenazi Jews) voted and voted to find who should take his place. They decided they wanted anybody who is not Bibi. You’d think there would be plenty of candidates, but no! Despite five rounds of elections, no stable government was formed. Politicians are very selfish creatures, and they can’t agree easily. Now after all they voted – not only Bibi back into power, but two awful racist reactionary believers in Jewish supremacy, named Smotrich and Ben Gvir. These two guys, or rather their party called Religious Zionists, gained an unbelievable 14 seats in Parliament (Knesset). Their like had never had so many seats before.

Meir Kahane was the first of their ilk. He won one seat in the 1984 elections; the next elections he was banned from running, and an anti-racist law forbade his followers from running either. Parliamentarians didn’t want to hear him, and when he did speak, he spoke to an empty hall.

There was a religious Zionist party MAFDAL at that time, but it was soft and liberal compared to Kahane. There were fierce extreme nationalist parties like Moledet, but they were small and not religious.

New Religious Zionist Party embraced sheer Kahanism and became the third biggest party in 2022. Its leader Ben Gvir reportedly had a portrait of Baruch Golstein, mass killer at the Hebron Mosque, in his living room. He also called for the deportation from Israel of an Arab politician, Mr Ayman Odeh of Hadash. He had a long list of offences committed as a leader of settler youth and was indicted a few times for hate speech. He is an Oriental Jew by birth, and a lawyer by profession. Bibi Netanyahu supported a merger of his party with two other radical groups and ensured their participation in the elections. The US had already in May this year removed Kahanists from their list of terrorist groups.

At the same time leftist parties Labour and left-of-Labour Meretz crashed. Meretz is completely out, while Labour is down to 5 mandates. Both parties were led by feminist women, and both activated the gender agenda, like the US Democrats. This proved a way to disaster as Israel has real problems – relations between Arabs and Jews; expensive housing; low salaries – and gender problems do not matter much. This Knesset will have fewer women than it has had for years; because the Meretz is out with all its ladies.

When Israel was established, Labour and MAPAM (the former name of Meretz) were the biggest parties, while Herut (the former name of Likud) was a tiny party. Things changed, and now the leftists have lost. And they are not even mourned. American media tried to hide this confusing news. Mondoweiss reported:

The main New York Times news story — which was buried in the print edition on page 10 rather than put on the front page where it belonged — partly sanitized Ben-Gvir’s party by calling it “an ultranationalist religious alliance” that is “far right.”

Even more offensively, the Times report then insinuated that “many right-wing Jewish Israeli voters” had supported Ben-Gvir because they were “unsettled by Arab participation in Israel’s outgoing government.” This is astonishing media malpractice. The implication is that Jewish Israelis turned toward an extreme racist mainly because they were “unsettled” that the previous government, led by Yair Lapid, had been supported by a small party representing some Palestinian citizens of Israel.

The truth is more along these lines: “Many right-wing Israeli voters are ‘unsettled’ that any Palestinians live in Israel or in the occupied territories at all.” Any cub reporter could have gone to the Ben-Gvir party’s post-election celebration last night and gotten some hair-raising racist quotes in a couple of nano-seconds — but the Times has a long-standing tradition of hiding such viciousness.

The Times report did improve. Reporter Patrick Kingsley smuggled in some telling details about Ben-Gvir, including that “until recently, he hung a portrait in his home of Baruch Goldstein, who shot dead 29 Palestinians in a West Bank mosque in 1994.”

National Public Radio’s coverage was even worse. Daniel Estrin’s 3-minute on-the-spot report simply called Ben-Gvir “a far right provocateur” — but failed to mention that Netanyahu will now have to give him an influential ministry. Even worse, Estrin described Ben-Gvir’s campaign as “calling for tough law enforcement against Palestinians and Palestinian citizens of Israel.” The insinuation is clear: it’s the Palestinians who are ‘lawless’ — instead of second-class citizens living under what all major human rights groups have called a system of “apartheid.”

By contrast, the Washington Post did much better. Its very first sentence accurately reported that the election results are “a stunning victory for Israel’s far right — a once fringe, aggressively anti-democratic, fundamentally racist movement that in a number of weeks may man the country’s most influential seats of power.”

But maybe the Post’s senior editors got scared by how honest their reporters were. Because at 8:30 a.m. this morning, you couldn’t find this news report anywhere on the paper’s online home page.

Now it will be a serious struggle for the Biden administration to stop Ben Gvir from taking a seat in the government. But it is doubtful this will succeed.

Haaretz newspaper came out with the headline: Israel Election: A Quasi-fascist, Ultra-religious Government for a Country That Deserves Better. It isn’t true: the country does not deserve better. The Left pushed for gay community, while Arabs and Russians were discriminated against. When the Left ruled they kept half of the population disenfranchised. Monopolies ruled in Israel, even then. They had a choice – to link up with Palestinians or with settlers. They preferred neither and received nothing.

This is also a part of a global pattern. The Left lost in Sweden, too. The idea of the Left that they can ban right-wing parties is a mistake. But the idea of banning far left and far right is a sure way to lose.