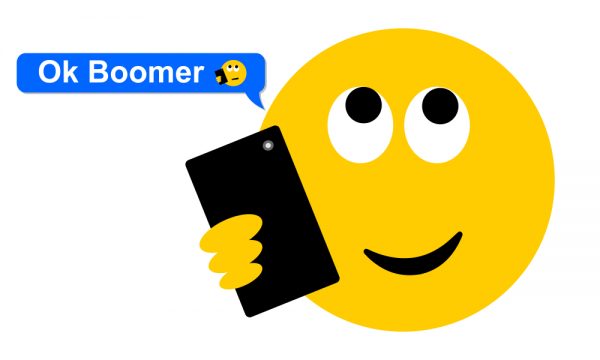 What a wonderful enchanted life we boomers have had! Living was easy, accommodation plentiful and inexpensive, salaries were high, girls willing. The world was offered to us like a heap of pearl oysters on the silver tray. We could travel, change our countries and jobs as we like, we could fight for justice and mercy for others, we could seek our own way to God. It was great to be born after the war.

You won’t believe it, the children of latter (or earlier) generations, that life could be so splendid. We could buy a two-bedroom maisonette in Kensington on my junior BBC journalist salary. We could cross Africa and climb Kilimanjaro, trek Nepal, report on wars, go to Paris for weekend.

And the world was full of variety; not the sickening fake diversity of living next door to a black, a Chinese and an Indian who shop in the same supermarket and watch the same Hollywood movies you do; but real variety of England being English and Japan being Japanese. In London of late sixties-early seventies, pubs served warm real ale, British grey sausages and steak-and-kidney pie; Ty-Foo tea at five o’clock; we could smoke at the table; we could jump on and off open double-deckers; seat belts were unheard-of. Waitresses in greasy spoon cafes called me “luv”. In Kyoto, women went around in kimono; and men spent long nights drinking sake; Noh and Sakura Viewing were popular. Sweden was unashamedly blond, and topless Nordic maidens suntanned and splashed in the cool lakes.

Israel was a poor struggling country of suntanned boys and girls in keffiyeh. We were proud of our army service and of growing wheat in the kibbutz; while Arabs were noble peasants, and lived in beautiful old houses. Israelis had a good reputation those days as tireless trekkers. “White hunters”, we called ourselves after Hemingway’s African stories.

(All that is gone. Recently I could not find a single English pub in London; they served wine and European fare. No kimonoed lady was sighted in Kyoto. Swedish girls donned bra as the immigrants stared too intensely. Israelis became fat and insolent. As for smoke, you just may not smoke anywhere, you mayn’t drink and drive, and the damn belts became compulsory even in the buses.)

Our generation was more sophisticated than the preceding one. We forbade forbidding in 1968. We stopped the Vietnam War. We ended race discrimination. Gays danced and didn’t think of marriage – they added an exotic element to the fabric of life, and so did foreigners who were scarce even in London and Paris. I was such a rare bird, mixing with other writers in Parisian cafes. Workers were invariably local and native, and so was food and drink.

Art of cinema had flourished. The best films were made for us by Bergman and Bunuel, Godard and Oshima. We witnessed the Space Race of two superpowers and thought we shall land on Mars. Social optimism was endless, we were sure our tomorrow would be better than our present.

We had it so good! It is really pity that the world we pass to our children and grandchildren is not that wonderful, quite crowded and over-regulated. Perhaps our life was good because we came to the world freshly fertilised by millions of dead men, after the great calamity of the World War. The historians say that Europe after the Black Death was also a wonderful place. We feel it, even if we do not dare to say it explicitly, but this is a partial explanation of mankind courting Armageddon.

The new Chinese virus is an example. It has mortality rate of 2 p.c. and it is not much. It seems that children and Europeans do not die of it, even if they get infected. So, a nasty but not dreadfully nasty kind of flu. Every flu virus now at large in the US kills many times more people. American swine flu with its billion infected and hundreds of thousands dead in 2009 looks like a mountain next to the pea of coronavirus. Perhaps it was a lab-crafted bio-weapon, but then it is not especially effective one, unless its nastiness will become apparent with years.

And still the hype is immense. Every case of this super-flu is treated by media as an outbreak of bubonic plague. In Israel, there are zero cases of the new virus, but all news begin with the reports on its progress. In Russia, zero cases; rather, two Chinese tourists were sick and recovered. Though Russia has much less virus-induced hysteria than the West; and President Putin expressed his support of the Chinese people, and they are grateful for his solicitude, but even Russia closed its borders to Chinese tourists unless in transit. Probably Putin was hesitant to risk even a few (unavoidable) deaths that his enemies would put on his account.

Yes, it is an attack on China. I see it had been enlarged upon by the usual suspects who wrote about Uygur Holocaust and Hong Kong freedom fighters. But the Chinese did put us on high alert by their unusual prevention measures.

There is an assisting factor. We are waiting for Apocalypse, for Zombie Invasion, for nuclear war, for climate disaster – not in fear but in anticipation like an exhausted debtor waits for an enemy strike that will kill him and his relentless creditor alike. We are debtors, indebted and assailed by the state and by companies. Since 1789, Europeans haven’t been this powerless. We can’t survive without state support, can’t get affordable medical care or burial unless we are within the system. Any official may do with us whatever he feels. More and more often, they demand social security and pension payments to be returned to the state for few years back retroactively, if they deem the debtor’s case was dubious. In the US, welfare shrinks, so do good jobs, but student loans grow.

We face bleak tomorrow. AI will send millions to the dole, if the dole would still be available. The billionaires will flourish as in the Ancien Régime. Whoever is outraged by the excesses of the French and Russian revolutions and ascribed them to the Freemasons and Jews, will have a chance to judge for oneself, as the pre-Revolutionary regime is likely to return. Democracy won’t survive; we won’t survive unless willing to be slaves. Why don’t the Europeans breed to survive, you ask? Does it make sense to survive, that is the question.

If so many people subconsciously want the new great war to come, it will come, if St Greta Thunberg and her green fighters won’t destroy our civilisation first. Indeed this Soros-sponsored movement is the single biggest threat to our mental and physical health. When they will have their way, we shall be rolled back into Stone Age.

It would be less traumatic to go back to some features tested in our boomers’ youth. Let people hope for better future, as good as our past was. And for that:

The lost paradise of boomers’ young years, if not our youth, can be regained. We had it very good, so can you!