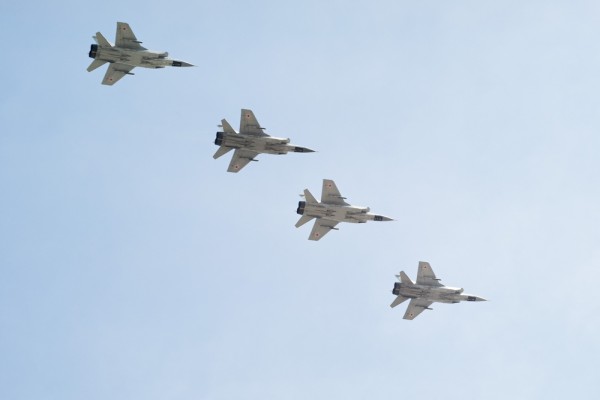 Despite doubts and denials, Russia is about to embark on an ambitious expansion of its Syrian presence, likely to change the game in the war-torn country. Russia’s small and dated naval repair facility in Tartous will be enlarged, while Jableh near Latakia (Laodicea of old) will become the Russian Air Force base and a full-blown Russian Navy base in the Eastern Mediterranean, beyond the narrow Bosphorus straits. The jihadi multitudes besetting Damascus are likely to be beaten into obedience and compliance, and the government of President Assad relieved from danger and siege. The war with Da’esh (ISIS) is to provide the cover for this operation. This is the first report of this fateful development, based on confidential and usually reliable Russian sources in Moscow.

The knowledgeable and Damascus-based French investigative journalist and dissident Thierry Meyssan noted the arrival of many Russian advisers. Russians began to share satellite imagery in real time with their Syrian allies, he added. An Israeli news site said “Russia has begun its military intervention in Syria” and predicted that “in the coming weeks thousands of Russian military personnel are set to touch down in Syria”. Russians promptly denied that.

President Bashar al Assad hinted at that a few days ago expressing his full confidence of Russian support for Damascus. First six MiG-31 fighter jets landed in Damascus a couple of weeks ago, as reported in the official RG newspaper. Michael Weiss in the far-right Daily Beast presented a flesh-creeping picture of a Russian penetration of Syria. Al-Quds Al-Arabi newspaper referred to Jableh as the second-base location.

Now we can confirm that to the best of our knowledge, despite denials (remember Crimea?) Russia has cast its lot and made a very important decision to enter the Syrian war. This decision may yet save Syria from total collapse and incidentally save Europe, too, from being swept by refugee waves. The Russian air force will ostensibly fight Da’esh, but probably (as Michael Weiss guessed) they will also bomb not just Da’esh but the US-allied opposition of al-Nusra (formerly al-Qaeda) and other non-Da’esh Islamic extremists for the simple reason that they can’t be distinguished from Da’esh.

The Russian Foreign Minister Mr Sergey Lavrov proposed to organise a new coalition against Da’esh including Assad’s army, Saudis and some opposition forces. The US envoy visiting Russia said that there is no chance that the Saudis or other Gulf states would agree to join forces with Bashar Assad. Russia still plans to build this coalition, but in the view of the American rejection, apparently President Putin decided to act.

Russia is worried by successes of Da’esh, as this force fights and displaces Christians in Syria, while Russia considers itself a traditional protector of these people. Russia is also worried that Da’esh may begin operations in Muslim areas of Russia, in the Caucasus and on the Volga River. And the US-led anti-Da’esh coalition didn’t do the trick.

The US and Turkey ostensibly fight Da’esh, but they have their own interests, quite different from those of Syrians, Europeans and Russians. Turkey fights the Kurds who are staunch opponents of Da’esh. The US uses the war with Da’esh as a smokescreen to fight the legitimate government of Bashar Assad who was recently re-elected by vast majority of the Syrians. Da’esh does not suffer much from the US raids, as opposed to the Syrian Army. Moreover, the US sent hundreds of trained terrorists to Syria after providing them with a military upgrade in Jordan and elsewhere. Recently David Petraeus called for the arming of Jabhat an Nusra so they would fight Da’esh. This silly idea was laughed out of court but it is far from dead.

The US and its allies have wreaked havoc in Syria. The US is far away and can enjoy the show. Europe is a loser once removed as it gets the flood of refugees. Turkey is a direct loser, as it gets refugees, terrorism, the rapid decline of President Erdogan’s popularity, and a drop of living standards, all this being due to its erroneous policies in Syria.

Now Russia has taken over the difficult task of saving the situation. If Erdogan, Obama, Kerry, and the Saudis had thought that Putin would drop Assad, now they are having a rude awakening from such delusions. The Russian position is rather nuanced. Russia will not fight for Assad, as it did not fight for [the Ukrainian President] Yanukovych. Russia thinks it is up to Syrians to decide who will be their president. Assad or somebody else – that’s an internal Syrian affair. On the other hand, Obama and his allies do fight against Assad. He had “lost his legitimacy”, they say. They have a problem with Assad, as they admit. Russia has no problems with Assad. As long as he is popular with his people, let him rule, Russians say. If some members of the opposition will join him, fine.

Russia does not intend to fight the armed opposition per se, as long as this opposition is ready for peaceful negotiations and does not demand impossible (say, Assad’s head). In real life, nobody can distinguish between legitimate and illegitimate groups and Da’esh. All of them are likely to suffer when the Russians will begin to do the job seriously. They’d better negotiate with the government and come for some arrangement. The alternative (destruction of Syria, millions of refugees, uprooting of Middle Eastern Christendom, jihadi attack on Russia proper) is too horrible to contemplate.

The War in Syria is fraught with dangers for Russia; that’s why Putin steered clear of direct involvement since 2011. The adversary is well armed, has some support on the ground, it has the wealth of the Gulf states and fanatic warriors likely to unleash a wave of terror attacks in Russia. The US position is ambiguous: Obama and his staff does not react on the growing Russian involvement. Thierry Meyssan thinks that Obama and Putin came to agreement regarding the need to defeat Da’esh. In his view, some American officials and generals (Petraeus, Allen) would like to undermine this agreement; so do the Republicans and the Neo-Cons.

Some Russian officials are worried. Perhaps Obama keeps mum in order to lure Putin into the Syrian War. Remember, the US enticed Saddam Hussein to invade Kuwait. Russian and American planes in the air over Syria could come to hostile encounters. Others say: shouldn’t Russia get involved in the Ukraine, rather than in Syria? But the apparent decision of Putin to enter war in Syria makes sense.

A war far away from home presents logistic challenges, as the US experienced in Vietnam and Afghanistan, but there is much less danger of war spilling into Russia proper. In the distant theatre of war, Russian army, navy and air force will be able to show their pluck.

If they will succeed, Syria will regain peace, refugees will return to their homes, while Russia will remain forever in the Eastern Mediterranean. Russian success will cool the warmongers in Washington, Kiev, Brussels. However, if they will fail, NATO will think that Russia is ripe for reaping and may try to move war close to home.

We can compare it with military campaigns on 1930s. The Russians under brilliant Marshal Zhukov soundly trashed the Japanese at Khalkhyn Gol in 1939, and the Japanese signed Neutrality pact with Russians and refrained from attacking Russia during the Soviet-German war. But the Red Army managed poorly against Marshal Mannerheim in Finland in 1940, and this encouraged Hitler to begin the war.

This time Russia will act within the international law framework, as opposed to Saddam Hussein’s adventure in Kuwait. While the US and Turkey bomb and strafe Syria without as much as ‘by your leave’ from the legitimate government of the state, Russia is coming by permission and by invitation of the Syrian authorities as their ally. There is a Mutual Defence Treaty between Russia and Syria. Syrian government offered Russians its facilities, airports and harbours for the defence purposes.

The Christian Churches of the Middle East welcome Russia and ask for its assistance in the face of the jihadi onslaught. The ancient Orthodox Church of Antioch and the Orthodox Church of Jerusalem welcomed Russian involvement. The most high-ranking and politically active Palestinian clergyman, Archbishop Theodosius Atallah Hanna expressed his hope the Russians will bring peace to Syria and the refugees will return home.

For the Europeans, this is the chance to wean themselves from blind support of the US policies, to return millions of refugees home from European railway stations and hostels.

If it will work, this Putin’s initiative in Syria will count with his greatest achievements. He is playing his hand keeping cards very close to his chest, and this report is the first emanating from his vicinity.

Israel Shamir reports from Moscow and can be reached at adam@israelshamir.net

This report was first published in the Unz Review