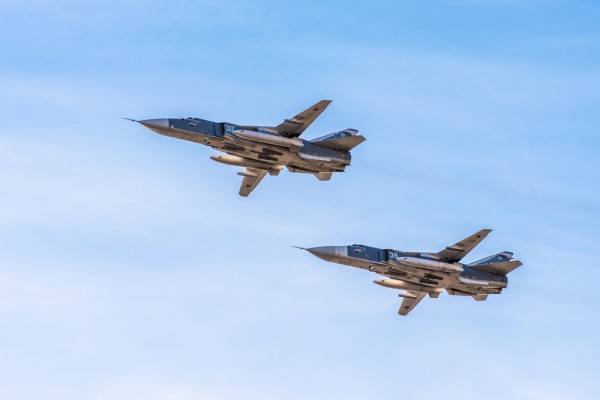 The area around the Central Moscow tube stations looks like Aleppo after an air raid. Ruins, destroyed buildings, bulldozers gathering the shambles. No, Moscow was not hit by terrorists: this is a planned demolition of hundreds of small and not-too-small shacks erected (in defiance of planning law) in the vicinity of tube stations in the notorious Nineties, when the Law was vague and easily bought for ready money. The biggest of them, the Pyramid on top of Pushkinskaya Station, went down this week. The municipal workers promptly removed the vestiges of the collapsed constructions, while the erstwhile owners stared in disbelief.

They were surprised by the city hall offensive against illegally built shantytowns; some of them kept trading till the last moment. They received a warning and a demolition order a few months ago, but they did not believe the city would actually apply the order. They were sure the last moment it will be rescinded. It was not. Hundreds of buildings went down in one night.

This was a shocking reminder that Russian authorities can act, after so much ostensibly empty talk. The Russians take their time to saddle up, but they ride exceedingly fast, said the German Chancellor Bismarck quoting a Russian proverb (he served at the Russian court and knew a thing or two about Russians). So many rulers and rebels did not believe the Russian warnings, lulled by their long saddling up, and they usually lived to regret it.

The Muscovites were pleased by the demolitions: the uncouth structures looked ugly and were on the way for people rushing to and from the underground trains. What’s worse, they reminded everyone of Yeltsin’s lawless time, when the shacks were erected. Denuded of these vestiges stations built by the best architects of Stalin’s era in classical style looked so much better now!

Not many people gave a thought to an additional, non-advertised reason for the prompt removal. Moscow tube stations doubled as air raid shelters in wartime. The illegally built shacks would interfere with this purpose. After their demolition, hundreds of tube stations were readied to receive civilian population in case of an attack.

In the same time, the Russian army and Air Force carried out sudden manoeuvres in the south of the country. The TV news covered the army moves with relish. Though Russia still hopes peace will prevail, its leaders do not take chances. There is a risk of general conflagration started by the Syria proxy war.

The Russians accepted the US proposal to cease fire in Syria (or rather to end hostilities). They had made a similar proposal a few weeks ago, so this is in line with their thinking. Russians have made huge successes in Syria; they achieved an astonishing and unexpected victory with very few losses.

It was a reputational victory it was as well as a military one. Russia entered the Syrian war at a low point internationally. The EU and the US waged severe trade, finance and diplomatic war (“sanctions”) against the Bear; it was isolated from the West and the South. The ruble was crumbling, society was grim and dissatisfied with Putin’s prudent decision to keep away from Ukrainian turmoil (apart from very limited support of the Russian separatists) instead of forcefully interfering, as Russia had been anyway condemned as the aggressor.

Entry into the Syrian war has been met with disbelief and doubts. Will the Russian army succeed so far away from home? Will the Russian planes fly, will the tanks roll, or, devastated by post-Soviet negligence, will they collapse? Domestic and overseas Cassandras prophesied “quagmire”, “Vietnam”, “Afghanistan” for them, and plenty of coffins for their soldiers. But instead, there were roses all the way. The military performed splendidly. The planes, missiles and tanks proved their worth. The Bashar Assad regime was saved, the rebels are on the run. For the Russians, the end of hostilities would allow them to consolidate their victory.

In every war, as a ceasefire is negotiated, there are voices for “war till complete victory”. I remember myself, as a young Israeli soldier in 1973 war, when Kissinger brought the ceasefire, military observers were upset we weren’t allowed to destroy the entrapped Third Egyptian Army on the East Bank of Suez Canal. Who knew how many of us would die if such an attack were to take place?

The Syrian war is not an exception. The Syrian army stands at the door of resounding victory, bellicose military experts say; the rebels are surrounded at Aleppo, their lifeline to Turkey has been cut, now is the time to eliminate the threat and cleanse Syria from the jihadists. However, elimination of enemy pockets can be a very expensive operation in terms of human lives, especially as we speak of a fanatical and well-entrenched enemy. Terrible suicide bombings in Damascus and Homs proved the rebels are as murderous as their predecessors the Assassins. Only Genghis Khan’s Mongols could (and did) destroy such an enemy. Anyway, Russians preferred to negotiate and create a coalition government including some moderate rebels, thus enlarging the base for Assad.

The last few days before the cessation of hostilities will allow Assad’s army to gain some ground in Aleppo area and to switch to the Southern front. I’d expect them to take Palmyra in the course of next few days (consider it a tip).

However, the ceasefire turned out to be an elusive goal, at this stage. The rebels hesitantly agreed to “cessation of hostilities” but with so many preconditions that it just made no sense. The government forces were not keen to stop the fighting as well, while the wind of success filled their sails. The Russians have no intention of stopping operations against the “terrorists”; the US agreed with them, but who are the ‘terrorists’ and who are the “moderates” has to be hammered out in the negotiations. The UN SC declared Daesh (ISIS) and al Nusra (the Syrian offshoot of al Qaeda, the Nusra Front) “terrorists”, so far, so good, but it is not so simple as it seems. There are hundreds of small organisations affiliated with them, from Abdullah Azzam Brigades to Jamaat Abu Banat (this last one “operates on the outskirts of Syrian cities Aleppo and Idlib, extorting funds from and carrying out kidnappings and public executions of local Syrians” says the UN terrorist list). Should they be protected under ceasefire terms?

The “moderate” (or Saudi-endorsed) rebels say yes. They want to include the Nusra affiliates in the ceasefire arrangements, for without al Nusra, they would be lost. This is not acceptable for the Syrian government and for its Russian allies. Reluctantly, the Americans attempted to include al Nusra in the scheme, at least in Aleppo. We shall see soon how this puzzle will be resolved, if at all.

The Moscow clearance of access to tube stations had more to do with a danger of war with Turkey. Turkey entered the war, albeit in a limited way, by shelling Syrian Kurds. The Russians braced themselves for an armed confrontation with Turkey, but only as a response in case of a full-scale Turkish invasion. This military preparedness (which included airlift of heavy weapons to the Russian air base in Armenia) and NATO statement (saying they will not fight if Turkey were to initiate belligerency) helped to undermine the Turkish resolve. The Russians went to the UN SC asking to censure the Turks; so they did, but in a statement, not by a resolution, as the Russians wanted. Still, this statement cooled off Turkish minds, and it seems their desire to invade and to take a stand at Aleppo evaporated. The Saudi troops did not materialise yet, as I expected (see my previous report).

So, the Syrian war is far from over, but there is a good chance that by March 1 st some ceasefire arrangements will take place on the ground. If the rebels grasp the chance and enter serious negotiations for a coalition government, peace is possible. If they come to Geneva armed with the old mantra “Assad must go”, this opportunity will be wasted. Even if (and it’s extremely unlikely) Russia would agree to sacrifice Assad for the sake of peace, it has no means to deliver. Assad is a strong man and a powerful leader. Russians can’t possibly depose him. So Assad is a given, like it or not. In my view, he is a good leader for this time.

There are two notable changes on the scene: one, more realistic view of Syrian conflict had made its way into American mainstream media. Publication of two pieces by Stephen Kinzer in the Boston Globe called On Syria: Thank you, Russia! and The Media are misleading the Public on Syria was a revolutionary event of first magnitude. For the first time ever, the mainstream American reader learned that “For three years, violent militants have run Aleppo. Their rule began with a wave of repression. They posted notices warning residents: “Don’t send your children to school. If you do, we will get the backpack and you will get the coffin.” Then they destroyed factories, hoping that unemployed workers would have no recourse other than to become fighters. They trucked looted machinery to Turkey and sold it.” Kinzer came to a powerful conclusion: “We would have been more secure as a nation, and might have contributed to a more stable world, if we had followed Russia’s foreign policy lead in the past”, namely, in Afghanistan, Iraq and Syria. Indeed the world would look different. Perhaps we may connect these publications to a new American mood that manifested itself in primaries’ vote for Trump and Sanders.

The second notable change is the clear position of Israel against a ceasefire in Syria, against Assad and for Daesh and the Nusra. For long time this position had been obscured by Israeli observers and politicians. Israel has been pleased with Arabs killing each other. Now, as the end of war is seen on the horizon, Israel spoke up. Amos Harel, a leading Israeli military observer with high-grade access, made it clear : “the war in Syria has largely served Israel’s interests. The ongoing fighting has worn down the Syrian army to a shadow of its former capabilities. And Hezbollah, Israel’s main adversary in the north, is losing dozens of fighters every month in battle. Israel has been quietly wishing success to both sides and would not have been against the bloodletting continuing for a few more years without a clear victor” Now, after successful Russian intervention, Israel states openly that “an Assad victory would be bad for Israel” and it calls upon the West “to send real military aid to the less extreme Sunni rebels”.

Thus, the will of Israel, and of Israel Lobby in the US, directly contradicts the will of people as it was lucidly expressed by Stephen Kinzer. You can follow the lead of your Israeli Lobby, or you can have peace and security, but you can’t have both, it is that simple.

Israel Shamir can be reached at israel.shamir@gmail.com

This article was first published at the Unz Review