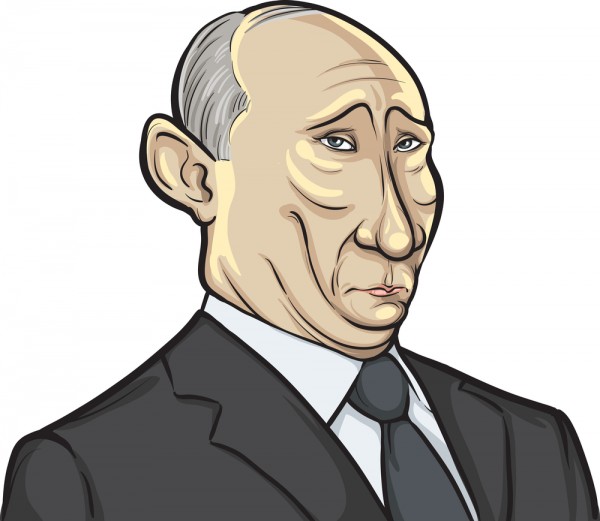 Can the Putin Fans League win municipal elections in New York City? Not bloody likely, you’ll murmur, and probably justifiably so. However, in the municipal elections last week, pro-American forces captured one third of the seats in Moscow. A great shock, slightly mitigated by the media silence that accompanied both the election and its results.

As a rule, I do not dwell much on internal Russian politics (as opposed to foreign relations). They are parochial, obscure and not democratic. That is true for internal politics in every country I am aware of, but in Russia, they aren’t even competitive. Kremlin wiseguys try and fix the results with all the subtleness of Democratic primaries under Ms Debbie Wasserman Schultz. This time they had a seemingly brilliant idea: wouldn’t it be nice if few people would turn up at the election booths? Only those requested to vote? So they had zero publicity, zero announcements, zero TV coverage. People were vaguely aware of the municipal elections but the affair was so low profile that very few cared to attend: slightly over ten per cent of the electorate. The cynical subterfuge flopped badly.

In Moscow (which is the only place in Russia that counts) the three main opposition parties, the Communists and the Nationalists, as well as Kremlin-friendly Socialists, were been decimated. Their votes had been snatched by pro-Western liberals, self-described as “those of good genes”, “the fair-faced ones”, “handshake-worthy”; all these epithets vaguely connected in Russian mind with prosperous Jewishness, of sorts, or with Jewified Soviet nomenclature. The best-known names include Ms Lucy Stein, a young Jewish journalist of some notoriety – she installed plaster copies of her breasts and filmed a staged act of a little boy being roughly treated by Putin’s police. Another one is Mr Maxim Katz, a young Jewish activist – he organized the delivery of flowers to the place of the opposition leader Mr Nemtsov’s assassination, allegedly with some profit for himself.

These youngsters (in their early twenties) have been led by Mr Dmitry Gudkov, a Russian Parliament Member and a son of a Russian Parliament Member. This sounds like the House of Lords, but Gudkov the Senior is an ex-KGB colonel, an oligarch and the owner of a bailiff business, rather than a hereditary peer. Gudkov’s people made a loose coalition with Yabloko (Apple, in Russian), a liberal party of some prominence in the Yeltsin years. They are against Putin’s policies, for the restoration of the Crimea to the Ukraine and for an alliance with the liberal West.

While other parties didn’t give a hoot, the liberals cared to come to the neglected elections, and they delivered their voters to the booths. For that purpose, they imported American technology, and one of Sanders’ operatives, a Russian-born Mr Vitali Shklyarov, who had come to set up what they called “a political Uber”, a web app for fielding candidates and getting voters. In addition, they vastly overspent their competitors.

Democracy in action? Forsooth! This was a clear-cut example of real (as opposed to imaginary) interference in foreign elections. While endless FBI probes have never produced any tangible proof of Russian interference in the US elections, and the Facebook investigation “revealed that it had sold as much as $150,000 in political ads to pro-Kremlin entities between 2015 and 2017”, the US interference in recent Moscow elections had been vast, powerful and effective. The pro-American forces spent over sixty million dollar in Moscow alone by very conservative estimates, and probably much more. And the funds came from abroad.

The very idea of Russian interference in the US elections had been flattering but silly. The Russians are not in the same league, in speaking of political technologies. The Americans are much more masterful, being trained in a competitive environment. The Russians’ only chance to have fair elections is adopting another American technology, namely the active fight against foreign interference. The Kremlin could and should investigate the path of every US buck to the Stein-Katz Gang, and deal with it as harshly as Americans are dealing with imaginary Russian interference. But would they? I doubt it. The wiseguys who mismanaged elections for Kremlin will do all they can to kill the story. No important Russian media carried it, by direct orders from Kremlin.

We have proof to back up our claims of the US interference in the Russian elections: a confession made by the coordinator for Open Russia, a political body created by Mr Michael Khodorkovsky. This oligarch, once the richest man in Russia, did nine years in a Russian jail for massive tax evasion, white-collar crimes, organized crime and conspiracy for murder, as brutal and ruthless a shark as ever swam murky waters of Russian business and politics.

Mr Khodorkovsky had been an American agent of influence for many years. Since being pardoned by President Putin, he moved abroad and became the focal point for the US-led clandestine campaign for regime change in Russia. Together with other exiled (and wanted) oligarchs, Tel Aviv-based Mr Nevzlin and London-based Mr Chichvarkin, Mr Khodorkovsky funnels money to Russia’s pro-Western opposition.

His coordinator Ms Maria Baronova had been quite close to Mr Khodorkovsky but parted with him some time ago. In her Facebook blog she admits that “Gudkov and Katz are a secret project of M. B. Khodorkovsky” while other elements of the opposition are a public project of Mr Khodorkovsky. In other words, the whole campaign has been organized from Washington, or perhaps from Langley.

As we learned from Wikileaks-published State Department cables, this is the current trend of CIA for orchestrating regime change: instead of sending money directly to the opposition with a courier, they employ oligarchs as go-between. This mode has been used in Syria since 2006, as well as in Lebanon, and now is being applied in Moscow.

The winners of the recent municipal elections in Moscow weren’t just the “fair-faced” children of nomenclature, but appointees of the US deep state. They did it using American know-how and American money. This is the real and very successful interference, and the organisers got away with it.

The Russian post-Soviet political system as organized by Putin’s wiseguys should share the blame. The Communists, Nationalists of Mr Zhirinovsky and Socialists of Mr Mironov have been tamed and house-broken so efficiently that they lost their balls, their will power, their desire for victory – and their voters, as well. People stopped to care about them. The ruling party United Russia isn’t better; it is a toothless clone of the toothless CPSU, the late Soviet Union Communist Party that was dismantled by Gorbachev and Yeltsin without a single objection from millions of card-carrying members. It is a party of people who want to have power and its privileges.

The Ukraine had been ruled by a similar Party of the Regions. Led by Mr Victor Yanukovych, the party fell to pieces after the coup, its members deserting the sinking ship as fast as they could. United Russia will also run away in a case of trouble; they will helplessly watch Mr Khodorkovsky enter the gates of the Kremlin and probably applaud him. The United Russia’s 70% of vote is no guarantee of support for Mr Putin’s independent course. It would be better for Putin to rely upon smaller but more reliable and devoted cadres. Lenin used to say, ‘a small anchovy is better than a big cockroach’.

(This is true for other countries, too, as Mr Trump and Mr Corbyn discovered: their big parties just aren’t reliable. A small and reliable party of their dedicated supporters would be a better bet.)

The Kremlin spokesmen comfort themselves and others by stressing very limited powers of the elected deputies. By law, they may deal with municipal questions only. However, it is not unusual for such bodies to reach for more power in a revolutionary situation. In France, in 1789, the elected parliament was intended to be an advisory to the monarch, but very soon it assumed all the powers and chopped off the king’s head. In the USSR, in 1991, the Russian Federation parliament had very few rights being subservient to the Soviet parliament, but it assumed rights and broke up the USSR.

Forget about Mr Navalny. Perhaps we should get used to the idea that the next president of Russia will be called Maxim Katz, and Lucy Stern his Foreign Minister. That is, unless Mr Putin will do a better job at the forthcoming Presidential elections.