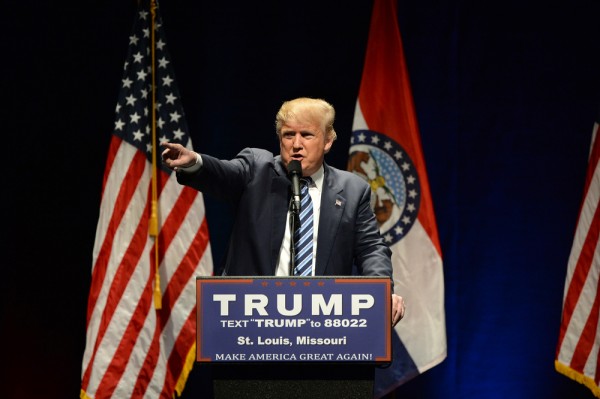 The Jews can be a formidable enemy: devoid of scruples, they hunt in packs. Like aunts in P G Wodehouse’ fiction, they do not stoop to fair play: they go for the jugular. The hunt for disobedient leaders is their favourite national sport; and woe to a politician who crosses their path. They occupy commanding heights in the US media and finance and they can undermine politicians susceptible to pressure.

Luckily, they can be defeated. Powerful and cunning, Jews are not demonic and possess no magical superhuman powers. They are a force among many forces. Time and again they reached the pinnacle of power and were dislodged. This may happen to them in the US, as well.

It will not be the end of the world, nor the end of history, neither the end of the Jews. Only the Jewish dream to end history will end, at least for a while, while the world will go on. For their attitude is not all bad; they are needed; just their dominance became too total. For America and mankind to thrive, it must be rolled back, not eliminated.

The best politicians are those who succeed in repulsing a concerted Jewish action without giving an inch AND without antagonising the Jews too much. FDR and JFK, even Richard Nixon did it, so can Donald Trump.

The Donald succeeded in doing just that in the affair of the six-pointed star. He was attacked; ADL chief Jonathan Greenblatt urged Trump to apologize. “He should just admit the offense and apologize,” Greenblatt said in an interview on “CNN Tonight”. “I think this would satisfy all of the public – on the right and the left, Democrats and Republicans.”

Trump refused to apologise. He insisted that the star is just a star. He even took his staff to task for removing the offending image. He did not restore it, true, but he volubly scolded an easy-to-bend assistant. This ability to withstand pressure is the most encouraging feature of Mr Trump.

Just compare him with Jeremy Corbyn who took the bait and began to apologise, expel his supporters and demonstrate that he is unable to withstand Jewish pressure. It did not help him at all, the attacks on him grew exponentially.

Trump did not apologise, for it would never satisfy the Jewish appetite for apologies. They always fish for an apology, and an apology always makes them ask for more, and more. The ADL, the notorious organisation that spied on activists, ran its own spies and provocateurs, is the leading tool in this endless search for apology. Refuse apology, otherwise you invite more pressure for more apologies.

There is a long list of things Jews would like him to apologise for: (1) Trump tried to avoid denouncing David Duke for as long as he could; (2) he has said nothing about the racists and anti-Semites; (3) he refused to criticize the anti-Semitic trolls who hounded journalist Julia Ioffe after her magazine portrait that Trump’s wife Melania did not like and (4) he has said nothing about the vicious anti-Semitic social media bombardment of any Jewish journalist who happens to write a bad word about him; (5) he has refused to let go of the slogan “America First” even though he must surely realize by now that it carries a specific anti-Semitic historical connotation; (6) he repeatedly lauds tyrants and dictators that are problematic for Jews, including Benito Mussolini and Saddam Hussein; (7) and he himself has been known to release the occasional anti-Semitic remark, including his assertion to the Republican Jewish Coalition, that Jews won’t support him because they can’t control him because they can’t buy him with money.

This list of Trump’s failings with Jews (by an American Jew called Chemi Shalev) is intentionally humiliating in precluding any chance for rapprochement between the Jews and Trump.

Trump has no chance with Jews anyway, not for a lack of trying. Surely he is not an “antisemite” (a silly word of no meaning, just like “fascist”). Stephen Sniegoski convincingly proves that Trump is rather a philo- than anti-Semite. Trump’s kids married to Jews, his son-in-law is not only a rich Jew but (1) a son of a convicted Jewish swindler, (2) synagogue goer and (3) a newspaper owner, (4) publishing anti-Trump smear jobs, meaning he is a proper pukka Jew. Trump is as pro-Israel as they make them. Actually, my friends who are Jewish settlers in the occupied West Bank hope and pray for his victory. Sniegoski carefully debunks all other accusations against Trump as an enemy of Jews, and he does it compellingly.

Trump has no chance with the Jews, because he wants to change the order of things while the Jews are perfectly satisfied with the way things are. Perhaps you do not like that the US is flooded with immigrants, that so many Americans became poor, that students are indebted forever, that industries went abroad, that bankers are awash with money while the workers are impoverished. But for Jews, this is fine. This is exactly what they want, and this is what they have.

A prominent American Jew, Rabbi Eric H. Yoffie explained that much in an article in the Haaretz newspaper: Trump’s policies are beside the point. He would like to change things, he will fight the supremacy of the Supreme Court with its inbuilt Jewish majority, and Jews are for things being the way they are, perhaps even more so.

Indeed every possible step of President Trump will run into the Supreme Court. This is a body where an unelected (Clinton-appointed) Supreme Court Justice Ruth Bader Ginsburg already declared she will fight him tooth and claw. That is the body that gave you gay marriages, unlimited immigration and other liberal joys. Sooner or later Trump will have to borrow a page from President Erdogan’s book and deal with them, if he is to achieve anything: unless, surely, they will refrain from action.

The Jews will give 90 per cent of their vote to Hillary Clinton, predicts Yoffie. This is to be expected: the brave Jewish anti-Zionist Jeff Blankfort wrote of the “actual owners of the Democratic Party, the American Jewish Establishment”. Yes, Jews vote for Democrats. They gave 80 per cent of their vote to Barack Obama. By comparison, the old masters of the US, WASPs, gave Obama just 34 per cent of their vote. If they were still at the helm, there would be no President Obama, no destruction of Syria and Libya, there would be fewer immigrants and the life of an average American would be better. Oh, perhaps there would not be an order allowing boys to pee in girls’ bathrooms if they feel girlish. Big loss.

The problem is that the Jews have much more than just their votes at their disposal. One of their mighty tools is the Google, their joint venture with the CIA. This works overtime and offers twenty million hits for “Trump Hitler”, seven times more than the Bing search engine. Google’s search function delivers results related to Donald Trump when users search for Adolf Hitler. The search “When was Hitler born?” generated not only the expected information on Hitler, but also a Donald Trump image and link. Jewish-owned media produces much anti-Trump trash.

But the people do not believe them anymore. Even such a pleasant guy as Bernie Sanders in the end gave up the fight and endorsed Crooked Hillary. Now people know the Jews are a force for status quo, and they want to change it.

For this purpose, a simple rhetorical device called Identity Politics should be dismantled. It is an enemy device made by a Gramsci blueprint in order to delegitimise the working class.

Identity politics is an extension of Jewish tactics, or perhaps Jewish tactics is a particularly loathsome form of Identity politics. A Jewish bankster defends himself by accusing his adversaries of antisemitism. This is so simple and useful, that many other groups copycatted the trick. The protected groups form a coalition under the Dem Party umbrella, while the Dem Party is doing the will of the Jewish establishment, as we noted above.

Identity politics forbid us to generalise regarding the protected groups. You can’t say anything less than complimentary about Jews, for they are all so different. Well, 90% vote for the status quo is not a sign of variety. You can’t say anything at all about gender groups for they are what they are, like Lord Almighty. Indeed “white”, “male” and “Christian” are the only identities you may freely and gratuitously abuse in the US.

Consider the Catholic Church in the US. The Jews demanded an apology from the Church, and they got it. Afterwards, they continued their fight against the church unabated. In a recent attack on the VP candidate Mike Pence, the Jews made a lot of mileage from his attempt to allow Christians to refuse service to same-sex couples. They compared this attempt with Ku Klux Klan of old and with discrimination of Jim Crow days, when they had signs “Don’t let the sun go down on you here” and “Whites Only After Dark.” Everything goes to smear the church – and the PC rules do not defend it, like they do not defend the white workers of Detroit.

The Jews hate the church like the Turkish generals hate the mosque. For this reason they are so upset with Trump’s idea of limiting non-Christian immigration. It is not that they like Muslims: surely they do not, but they like to use Muslims to fight the Church.

Instead of saying “We Jews do not like to see Christian signs for Christmas” they prefer to say “Muslims do not like…” This is not even true: Muslims do celebrate Christmas, as anyone can witness in Bethlehem; but it sounds better.

Here is anecdotal evidence. I receive daily email with the Boston Globe headlines and suggested articles. Invariably their “Recommended for you” section begins with an anti-Church article published 14 (fourteen) years ago.

I wonder why they think it is necessary for me to read an old antiquated anti-Christian abuse? Would they ever suggest I re-read a story of Bernie Madoff? Or a story of a Jewish terror attack on King David Hotel with its hundred victims? I do not think so.

It is not the first time ever that the Jews have acted in concert and against majority wishes. A great politician should know how to deal with them. Such a politician was Vladimir Lenin. In 1913, when his party struggled with the consolidated Jewish group called the Bund, he wrote “Dear comrades, if we shall keep mum today, tomorrow the Jewish Marxists will ride on our backs”. This advice is as relevant today as ever.