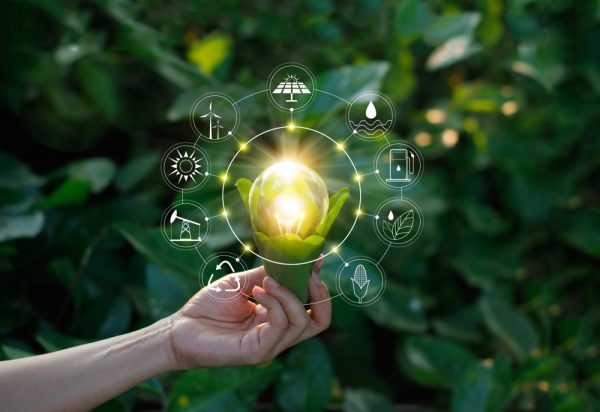 An interesting coincidence: the beginning of October ushered in a double crisis: the first collapse of the Internet and the final failure of the Green Economy. Facebook employees used saws and axes to get into their working places, for the smart doors stubbornly refused to yield the way and their badges had lost their magic touch. It seems the Internet trouble had been initiated by some unknown forces outside of Facebook. These forces have access to the inner working of the Internet. Perhaps it was military; or some obscure technicians guarding Internet secrets. They proved their power: even Facebook’s domain was placed up for sale. Mark Zuckerberg could not do it, I was told. Was it a blackmailer’s threat to global finance? Or an attempt to deflect Congressional hearings? Perhaps it was a simple demonstration of naked power.

At the same time, the first blow of winter revealed the inability of green energy to heat our homes and energise industry. Nature proved its abilities: all of a sudden, Europe’s winds refused to move the turbines. An unusual calm settled in the North, as if the winds were confined by Aeolus in his bag. Energy prices skyrocketed. The excellent future planned for mankind, all digital, internet-based and free of fossil remains, failed to materialise. Instead of continuing our march towards the dreadful New Normal, we shifted back to our troublesome but familiar normality when things went awry. The cowboy hat of Big Tech was too large for its head. Mercifully, this misfortune occurred well before the whole of mankind had been railroaded into smart dwellings heated by the mischievous wind. Otherwise, last weekend could have been the end of Homo Sapiens: we would have frozen outside, unable even to pass through the smart doors.

An energy crisis combined with an Internet failure is very dangerous. Why don’t we encounter extra-terrestrials? Here’s a possible answer: every sapient civilisation destroys itself before it achieves the capability to venture to the stars. Intelligent creatures tend to overestimate their thinking abilities; instead of sticking to known technologies and implementing small improvements, they want to make a giant leap forward. The results are gloomy, as we learn now.

It turns out that overriding smart doors requires a sturdy axe; perhaps green policy and green politicians should be subjected to the same solution. Some energy prices are incompatible with human life.

The Green New Deal turned out to be a quixotic fantasy. We aren’t ready to switch to futuristic sources of energy. Not now, anyway. We might as well stop calling oil, gas and coal by this fancy “fossil” name: they are combustible fuels. The war on combustibles, led by the Rockefeller Fund and joined by young futurists, was extremely successful, perhaps too successful for its own good. Europe and North America, as well as China and Russia have declared their desire to achieve a carbonless world. The contrary opinion, namely that man-made climate change aka global warming is just a hoax, has been officially banned.

China was the first to make the U-turn. They were already decommissioning coal mines in Inner Mongolia when they discovered that they need energy to power their plants. Surprise! Now they are in a national emergency in winter, forced to re-activate mothballed coal mines. The setup for the crisis was the closure of coal mines in Mongolia for globalist political reasons, and the completion of the crisis was stopping the import of Australian coal over a political dispute. Apparently, China’s leaders had been persuaded that the climate is rapidly becoming warmer, and that the Green New Deal means they no longer have to power their factories and heat their homes. It turned out that the globalists were premature, and they are switching back to proven energy solutions.

However, Europe is stubborn. Europeans have been convinced that there is no other way; they have to give up the usual fuels and switch to “clean” ones. Even if they would freeze to death, they will stick to clean energy. The German Green Party leader Annalena Baerbock was asked where she would get energy if the winds were becalmed and the sun was covered by clouds? (It happened this September). Electricity will continue to come from the sockets; but it will be carbon-neutral electricity, she said. “Where should the electricity come from? Of course, further from the socket and of course further from the factories, through the power lines that we have. But this electricity must be climate-neutral in the future.” She doesn’t seem to understand that it takes energy to create electricity.

The Greens are well-intentioned, but indoctrinated and opinionated. In Ghost Busters (1984), a Green activist shuts off the electricity to Ghostbusters’ HQ and disaster befalls New York City. Likewise, the Greens are actively destroying Europe’s traditional energy supplies. Probably it will spell the end of the Green Deal; that is, once people understand that this is a suicidal course.

Recently, natural gas, a convenient source of energy, was subjected to steep price rises over purely political manipulations. Instead of paying so much, the Germans could use Russian natural gas. The Russians have completed laying down the Nord Stream 2, a pipeline for natural gas that leads directly to Germany. If it became operative, the price for natural gas will go down and the German people will be warm this coming winter. But first, NS 2 has to be licensed; it has to satisfy some political conditions that were established some time ago in order to block the NS 2 from delivering cheap gas. Politicians demand that the pipeline must have more than one owner, because it was built by Russia’s Gazprom. Furthermore, they say Poland and Ukraine must be allowed to voice their objections before cheap Russian gas is permitted to cross the German border. Yet Poland and Ukraine are Gazprom’s competitors! If it depends on their permission, no gas will ever come via NS 2; rather it will continue to be delivered for much higher price via strongly anti-Russian Ukraine and Poland.

Putin broke the rise in gas prices by expressing his confidence that the problem will be resolved soon. If he had pointed out that it is far from certain, the price would stayed sky-high, bringing yet more dividends to Gazprom investors. Did Putin act against his (and Russia’s) interests out of pure altruism? Well, no. But Putin wants a healthy, sustainable business, bringing stable profits every year; on the other hand, German and European negotiators want natural gas prices intolerably high, forcing citizens to switch to electricity. Russia could profit a lot today, but there would be nothing for tomorrow. Putin prefers to have satisfied gas customers in Europe.

Europeans could have cheaper energy, both for heating and driving, but their leaders won’t allow that. They decided that energy prices will be high, very high; so you’ll feel every degree of Centigrade/Fahrenheit in your pocket. Putin stated the Europeans miscalculated when they decided to abandon traditional fuels. Perhaps he said so out of kindness, because there is not the slightest doubt: the European and North American leaders knew that ‘clean’ fuels are much more expensive and much less reliable, and still they chose it.

Could it be explained by their hostility to Russia? None of the countries blessed by natural gas and oil (Iran, Venezuela, Russia) are favoured allies of the EU and UK. It seems European leaders are determined to freeze out any houses that are being heated by natural gas. UK regulators rejected Shell’s plans to develop the North Sea gasfield, and Shell is not a Russian or Iranian company. My explanation: they want to kill off oil and gas; and they do not mind the frozen citizens. In the UK, the fuel bills will rise by £400; he who can’t afford it, let him suffer.

This political energy crisis is worldwide. One reason is the huge government purchases of unreliable solar and wind technology. Another reason: combustible energy is underinvested. For quite a few years, energy companies believed that it isn’t worth it to spend money on traditional fuels; they were told that combustibles are on their way out. Now perhaps they will think again. Now that we realize we still need gas and oil, we better start investing in Russia because these products are only found in the far-away Arctic wilderness. It takes time and money to develop new gas fields.

The problem is that East Europeans like to cheat the Russians. They know the Russians are hated by the US and EU elites; so they believe they will get better results through litigation. They keep moving the goalposts to ensure their victory. The Russians started to build NS 2 a few years ago; to counter this development, the gas directive was applied to NS 2 in 2020. It was a peculiar decision: the directive was not around when Russians began to build the pipeline. But East European leaders are extremely dishonest. Advocate General Michal Bobek recently called upon the court to change its decision. Will it, or won’t it?

If the EU will not allow Russians to run the pipeline as they see fit, perhaps the Europeans won’t get any natural gas at all. And then, it will be this very cold winter that will decide for Europeans. The question is, do they prefer to stay well heated, or do they prefer to screw the Russians even at the price of freezing?

Russians also accept the idea of global warming. They think that within the Green New Deal, they will be able to showcase their mechanical talents, their higher education. It is more suitable for them than just selling oil like Saudi Arabians do. However, it is far from certain that sophisticated jobs will actually appear. Russia may be quite cold, but it has a great advantage in the national heating systems built in the Soviet days. It is warmer in Moscow apartments than in Jerusalem in the winter. In Israel, winter is cold; Moscow is better -as I discovered years ago.

Russia is beset by Ukraine and Poland, two very hostile neighbor states, yet Putin still wants to play ball with them. As winter sets in, very soon we shall see if the regulators persist. In the end of October, there will be the conference in Glasgow; and we shall see just how much the Europeans are ready to pay to ‘save the climate’.