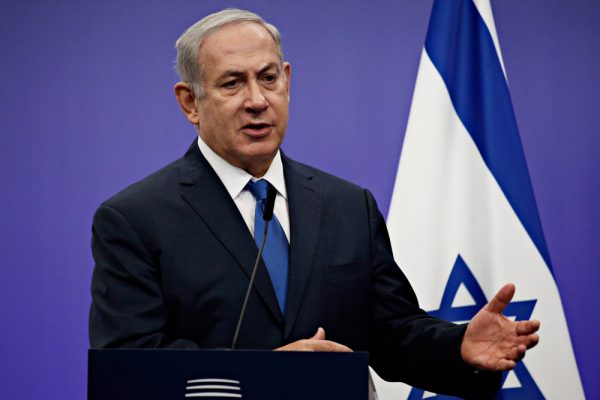 After two dismal failures, Bibi Netanyahu had won the third time. Israeli general elections three times in one year turned the country into Groundhog Day; all polls predicted the third time will be a perfect re-run of previous two runs. But elections are unpredictable: people say what they think the interviewer wants to hear, or what is generally acceptable, but they vote the way they want.

The main party of pro-Clinton-Dems, called B&W (Blue and White, colours of Israeli national banner), suffered ignominious defeat. Probably it will fall to pieces, and there is nothing to regret. Their leader, General Benni Gantz, was a weak copy of Bibi Netanyahu. He seconded all opinions and plans of Bibi. He said he would never take an Arab into his government. The difference between him and Bibi was that he had less charisma, less energy, was not a good speaker, and – he had no corruption charge hanging above his head as the Sword of Damocles. He thought that this last difference would decide in his favour, but it did not. People do not care about corruption charges. They are afraid to say it loud, for you are supposed to hate corruption, but for an ordinary Joe Smith (or Arik Rosenblum) it is a detail of little importance. “All politicians steal”, an ordinary man thinks, “The point is whether this one is working for me or against me”.

Netanyahu carried his third campaign with panache, energy, vitality – and he used all dirty tricks he could. One of his best tricks was broadcast of a tape recording of Gantz’s adviser saying that Gantz is “a danger to the people of Israel”, “stupid and a complete nobody” and “he doesn’t have the courage to attack Iran”. This revelation probably demolished Gantz.

The old Labour Party just passed the electoral barrier. Once powerful Labour ruled Israel for many years, but it had lost its base completely. Even together with its partner Zionist Left Meretz it hardly scrambled into the Knesset. The Labour was led by a Sephardi (Oriental) Jew; his second was a Moroccan Jewish woman in an attempt to attract the Oriental Jewish voters. This attempt failed: the Sephardi Jews hate Labour and they saw through the stratagem to ensnare them, while the European (Ashkenazi) Jews, the mainstay of Labour, didn’t feel affinity to Sephardi-led Labour. A lesson in diversity, anyone?

The Joint List, the block of mainly Arab parties did very well. Many (but not too many) Jews voted for them. They have twice as many MPs, as the Labour and Meretz combined. There is a problem: the Jews, whether on the Left or on the Right, do not allow the Arab MPs to participate in the government coalition. As you know, Jews are not afraid of being racist, or even of being seen racist. So, actual impact of the Arab MPs will be quite small, but they will serve as a perennial memory note to the Jewish Left: “You could have so many good allies if you weren’t running after racist Jewish vote”.

The Russian Party of Mr Lieberman took a richly deserved beating. Their tactics was to inflame hatred of religious Jews; for a while it worked, but at the third round this device had lost its novelty, but not before it poisoned relations between two marginal communities, of Russians and of Orthodox Jews.

The bottom line: despite his success, Netanyahu will find it difficult to form a government; but I’ll bet he will manage somehow to steal a few MPs and form a coalition. The next elections are not imminent.