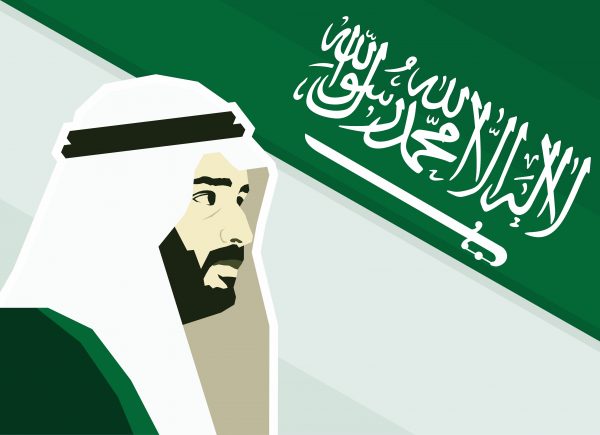 Turbulence rising, we are in for a choppy ride, – that’s what our captain should announce. After some fake turbulence supplied by the overblown coronavirus media hype, real things began to add up. They all add up to a great uncertainty and to a deep recession; to a war substitute, from the financial point of view. The world leaders still aren’t ready to go to war, but a financial bubble calls for its burst and subsequent cooling.

You can view it as a falling domino sequence. The virus undermined Chinese production; the Chinese production drop undermined the demand for oil. It was very bad timing for the Saudis; as the Crown Prince MBS entered the decisive struggle for the crown against other princes, first of all with Prince Muhammad bin Nayef, the previous crown prince, a son of King’s brother and the CIA favourite. On March 6, MBN had been arrested. MBS thought Russia would pay for his dynastic battle, and offered Putina deal to cut its oil output drastically.

Russia thought it was not Russian business to interfere in Riyadh’s tug-of-war, and flatly refused. On the same day and hour, on Friday March 6, MBS ordered to sell oil at very low price, intending to punish Russia and bring Putin to his senses. The Russian Rouble took a dive, so did Russian shares.

Saudi oil dumping had halved the rouble in 2014, and previously in 1980s it was the major cause for the USSR’s collapse. Now, apparently, the Russians feel their country is in a better shape and can survive the price drop. Low oil can seriously undermine American shale oil production and the US plans to supply liquefied gas to Europe. The Saudis are the weak link now: they need money to keep their citizens and princes in the style they are accustomed to; they have the Yemen War; they have dynastic feuds.

On Monday March 9, the stock markets panicked and trading has been stopped for a while, but resumed later. God knows what will happen next, for turbulence rises up. China has apparently succeeded in beating down the coronavirus, but perhaps it is too late for the technological processes to return to their previous route. And judging by our MSM, the appetite of the Masters of Universe for turbulence had been just wetted. They want more, and usually they get what they want.

Syria after the Meeting

The previous bout of turbulence had been supplied by the Turkish offensive in Syria, and it was partly calmed by the meeting of two presidents in Kremlin.

“The Russians and Syrians probably would agree for another time-out, if two main roads M4 and M5 were secured under Damascus forces. This is the most probable compromise to be achieved by Erdogan and Putin when they meet.” – I wroterecently. This is exactly what had happened. After six-hours-long discussion, Putin and Erdogan had reached a compromise. M5 remained under full Syrian control; M4 is under joint Russian-Turkish control, and all the towns seized by the Syrian Army during their recent offensive remained in the hands of Bashar al-Assad.

The Damascus government would like to have the whole lot of the Idlib province, but they will have to wait for that, and meanwhile be satisfied with what they conquered in hard battles – and what they succeeded to keep in face of the Turkish counteroffensive. The Turks fought very efficiently. The Russians who accompanied the Syrian troops say that the Syrians were overwhelmed by Turkish skilled use of drones. The drones aren’t visible to soldiers; they are inexpensive, and they are deadly. It took a few days until the Syrians had learned how to deal with this threat. Russian air force participated in the battles providing Syrians with the air cover. For face-preserving reasons of proxy war, the Russians and the Syrians preferred to minimise Russian involvement, and the Turks agreed with it.

The battle was more-or-less over a day before the meeting of two presidents, when the Russian Military Police had been positioned in Saraqib, a town at the junction of M4 and M5 highways. The Turks were immediately (or even beforehand, local observers say) informed of the new Russian position. With Saraqib and the two highways in the hands of Damascus, the immediate goals of Assad were achieved, while Turkish strikes were painful enough for Syrians to be pleased with the cease-fire.

It appears that the rebels will have to vacate all the area to the south of M4. The worst news for them is the agreement of Erdogan and Putin to outlaw the hard-core Islamists. They are the best fighters, sturdy, fanatical and determined; and with them under fire, the moderate rebels will be more than willing to sue for peace. Few people doubt there will be more trouble in Syria; however, the Russians and the Turks are pleased that their nations didn’t come to blows. The US had been disappointed, and blocked the UNSC approval of Putin-Erdogan agreement. The refugee crisis came instead of Russo-Turkish conflict.

Tens (if not hundreds) of thousands refugees are amassed on the European borders of Turkey, facing Greece and Bulgaria. They intend to march north, to the promised lands of Germans and Scandinavians, through unregulated EU borders. Though the PC narrative describes them as ‘Syrians on the run from bloodthirsty Assad’, judging by the detained border-crossers, it is a mixture of all displaced persons dreaming to reach Europe: Afghans, Somalis, Iranians, even Turks.

The Greeks fought valiantly defending the European borders; the Turkish army has helped the migrants to break through the border installations. It is the right time to re-assess the whole concept of refugees. Perhaps it should be dumped altogether, or at least suspended until better times. If these people want to move to Europe, let them come by usual means. Apply in the embassy, get your visa. After all, refugees jump the queue, and queue-jumping should not be encouraged.

The human rights charter and the UN declarations regarding refugees were created in different times, when human mobility was still quite low comparing with our days. You could not expect tens of thousands of Afghans and Somalis to march on Europe, or tens of thousands of Latin Americans marching on the US. These are not refugees; these are poor people in search for a better lot. They overload the facilities of the North, and will eventually cause their collapse. One of the reasons why the neoliberal think tanks approve of the migration is that they correctly estimate that is the best device to destroy the Welfare State, the great achievement of Social Democracy they hate.

Instead of blaming the refugees and calling them names, we can say: they are wonderful people but there is no place for them in the North. If they were gatecrashers at the Billie Eilish concert, everyone would understand the logic: yes, they want to listen, but, brother, there is no place. It is full up! This is the case with those worthy people who want to live in a different, better-organised and more generous country.

Some people want to accept more “refugees” – there were big demonstrations in Germany calling to open borders. These good people may go to the countries the refugees originate from and help them to rebuild their lands.

What is needed is the universal Right of Return. Let all these refugees of recent years go to their deserted homelands, bring with them their new skills, and make their countries better. If there is a civil war, let them join the side they prefer and bring it to the close. By running, the better future can’t be build.

Europe and the US may just temporarily suspend all applications for asylum. Put up the Full Up sign. No Vacancies, please pass by. That would be the best solution; perhaps not totally fair, but life is not fair, as we know.

The West may learn from Russia. This big and rather prosperous land has a few dozen refugees at all, for a simple reason: you can’t be a refugee from a country that Russia has diplomatic relations with. The mutual recognition means that the recognised country is an orderly state with its own legal system able to cope with its own problems. Russia has no welfare for refugees anyway, not even pensions. There are a few million of guest workers, but they work and go back home when their work is done. The Russian system is probably too strict, but it works. The same can be said about rich Arab countries. Nobody can find refuge in Saudi Arabia or in the Emirates, though there are many guest workers.

The Jewish troubles in 1930s were caused mainly by unwanted Jewish migration to the Western Europe. There were enough Jews in Germany, Austria and France; they managed all right, and were decently treated. But then, Jews from the East decided to join them, and this surplus was too much for the natives. They rebelled, and we know that the result was very sad.

Now Europe is quite all right for the migrants, but with this new inflow it is likely to kick the bucket. The best solution is to stop now, and to spend some money explaining people overseas that the time of Europe receiving refugees is over. Let Somalis back to Somali and Afghans back to Afghanistan. Let the Palestinians go back to Palestine, and the world community should force Israeli Jews to make space for the expelled and ethnically cleansed Palestinians. Syrian refugees should also go back to their homes in Syria. President Bashar al Assad offered an amnesty so they may go back without fear.

The West should stop its support for the terrorist gangs and allow the legitimate government to rebuild their country. Without American and European billions of dollars spent on destruction, Afghanistan, Iraq and Syria won’t be ruined. Without the US efforts to destabilise Venezuela, it could be a prosperous country.

Do not invade and invite, stay at home!