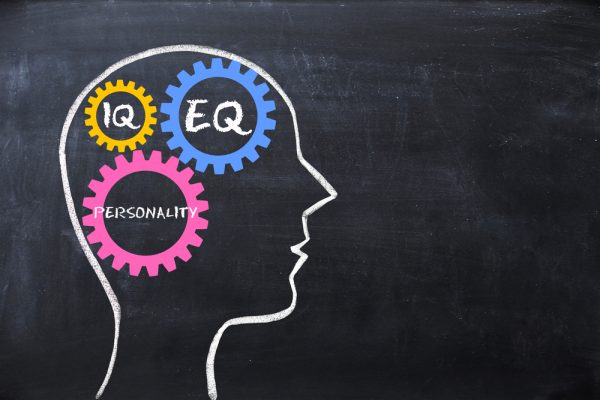 Whites have a stellar IQ compared to Blacks; this is an idea one often encounters in the writing of my esteemed colleagues on Unz.com. But when the country, the USA, was in dire need, the only person who dared to step forward into the line of fire was not a smart white guy, but a brave black woman, Ilhan Omar.

And she did it not once, by mistake, not twice, by coincidence, but thrice, and what she tells you three times is true, as Lewis Carroll said in The Hunting of the Snark. First, she said Israel “hypnotised the world.” Second, she said members of Congress were pro-Israel because Jews bribe them (“It’s all about the Benjamins, baby.”) Thirdly, she noticed “the political influence in this country that says it is okay to pledge allegiance to a foreign country (read: Israel).”

This is a black woman from Somalia, East Africa. And what was the response of the White men of the House? They queued up to repudiate her. The Republicans did this, while the Democrats exceeded them and prepared a new resolution against antisemitism in general, and against their own member Ilhan.

What’s more, the strongest voice in the US Congress against Israel before Ilhan was also that of a brave black woman, the admirable Cynthia McKinney. I sang odes to her, when she refused to sign the pledge of support for Israel, saying:

One woman, Cynthia McKinney, a member for Georgia, had dared to refuse the pledge. Four hundred congressmen signed it; they preferred their own personal advancement to the good of the country. Ancestors of Cynthia were slaves in her native Georgia. But she is one of a very few free persons in the US Congress. As we Israelis were used to say about our Golda Meir, she is the only man over there. She is a black woman, but she is the whitest man of them all, they would say before the Politically Correct era.

Don’t the white members of the House know that this allegiance to a foreign country is wrong? That it borders on high treason? If they don’t know, where is their fabulous IQ? And if they do know, where are their guts?

Yes, my esteemed colleagues, high IQ is good, but – without guts – it makes only for a smart servant. A man, on the other hand, would be brave and decisive, daring and caring. Do white men fit the description? Apparently, not those in power.

This problem is not specific for the US. In France, President Macron called his fellow citizens «gens qui ne sont rien», “people who are nothing”. What was the reaction of the French people? They went out in their multitudes to demonstrate in support of a Polish Jew who was dissed on a street. Is that a sign of high IQ?

In the UK, the Labour Party is using up the entire IQ they have to prostrate themselves before their masters. The bravest man in the Labour party, Chris Williamson, MP, a close ally of Jeremy Corbyn, had been suspended for telling activists that Labour had been “too apologetic” over anti-Semitism, and he immediately issued a “deep sincere apology”. People who had guts were already defenestrated from British politics.

The British Royal House, this symbol of the White Man’s Rule, now has its scion married to a coloured American, whose child “will be brought up gender-fluid”. Meghan also famously complained that there are too many white professors at Oxford. The Royals do not care for commoners, if they ever did.

Ireland had fought to be free from English yoke for centuries, and when the Irish became free, they accepted an Indian homosexual to be their ruler. What was wrong with the English public-school products? Sinn Fein, was it worth it?

The working-class men of the US, UK and France know they are betrayed by their elites; they mumble darkly about their slave masters; they are going from bad to worse, but they can’t do anything about it. Is it because of their IQ?

And now some of my esteemed colleagues have chutzpah to argue that Russia went through “Judeo-Bolshevism”. If any economic arrangement calls for the prefix “Judeo”, it is modern Capitalism.

There was pre-Judaic Capitalism; Capitalism without advertising, without newspapers, without price competition, with fixed prices and in full agreement with trade unions. During pre-Judaic Capitalism, a man was tarred and feathered for cornering the market for imported goods in Boston; today, the Washington Post would celebrate him. The concept of pre-Judaic Capitalism was defined by Werner Sombart, and I wrote about it at length here and here. What the West has now, is Judeo-Capitalism.

Jews didn’t dominate Communism, though perhaps some Jews had this illusion. The comparison with Christianity is most illuminating. The first followers of Christ were Jews; His best disciple St Paul was a learned Jew, but St Paul squashed an attempt to make Christianity subservient to Jews. Established by Jews, the Church became the strongest hindrance to Jewish takeover, and it pulled the best Jews to its side.

Communism (or Bolshevism) did not ostracize Jews; like a new Church, like Christianity and Islam in their times, Communism allowed Jews to enter. Not as a separate unit: this was a demand of the Bund, Jewish socialists who sought the right of collective membership for their organisation. Lenin refused them: a Jew could enter the Communist brotherhood as an equal and without intermediaries, not as a Jew, neither as a Bund member. Many persons of Jewish origin accepted this condition, and they helped Communism to win in Russia.

Vladimir Lenin and his successor Joseph Stalin were aware of certain problematic qualities of Jews as well as of their excellence in other fields. The Russian Jews were successfully integrated and assimilated; they had shed their faith and their language, their organisations had been practically eliminated. An attempt of US Jewry to reanimate Russian Jewry was made in 1944, through the vehicle of the Jewish Anti-fascist Committee, but it failed. To the very end of Communist rule in Russia, Jews had very weak positions within the Party, at the top of the State or in the media.

It’s only with the advent of Capitalism that Russian Jews rapidly advanced and for a while, seven (or six) Jewish bankers (the infamous Seven Oligarchs) supposedly ruled Russia. So there was no Judeo-Communism, but there is Judeo-Capitalism. No Communist state had ever been dominated by Jews to the extent the US, UK and France are dominated by Jews.

People who speak of Judeo-Communism are like cuckolded husbands who condemn the only husband who has a virtuous wife.

As an example of cruel Judeo-Communism, these writers often bring forth the Ukrainian famine of the 1930s, the so-called Holodomor. (Here is a longish piece explaining the factors for the famine). There was famine, no doubt. Perhaps not as awful as the one in Bengal under British capitalist rule. Shashi Tharoor, an Indian MP, wrote recently on Bloomberg.com:

Thanks to Churchill’s personal decisions, more than 3 million Bengalis died of hunger in a 1943 famine. Churchill deliberately ordered the diversion of food from starving Indian civilians to well-supplied British soldiers and even to top up European stockpiles, meant for yet-to-be-liberated Greeks and Yugoslavs. “The starvation of anyway underfed Bengalis is less serious” than that of “sturdy Greeks,” he argued. When reminded of the suffering of Bengalis, his response was typically Churchillian: The famine was the Indians’ own fault, he said, for “breeding like rabbits.” If the suffering was so dire, he wrote on the file, “Why hasn’t Gandhi died yet?”

As for the Ukrainian famine, here is a clipping from a contemporary American-Ukrainian newspaper, telling us of the terrible situation in the Ukraine, of mass starvation and innumerable deaths. But here is one catch: the newspaper report was originated in the Western Ukraine, which in the1930s belonged to Poland. No Bolshevik Jew could possibly influence, let alone cause, this famine. Interbellum Poland was as anti-Jewish and anti-Communist as anybody could wish. And still, Ukrainians under this non-Jewish and non-Communist rule experienced a famine quite as awful as their brethren in the Soviet Ukraine to the east of the border did. Isn’t this sufficient proof that the Ukrainian famine was not caused by the malevolent Judeo-Commissars? People who speak of “Judeo-Communism” usually are extreme right-wingers who hate Socialism like a rabid dog hates water. They hate Venezuela, too, though the Venezuelan brand of socialism is exceedingly mild. Despite many faults and the US sanctions, still, mildly socialist Venezuela is much better off than harshly capitalist and liberal Colombia or Honduras. We all have heard that three million Venezuelans fled their country. But have you ever heard that six million Colombian citizens have moved to Venezuela, attracted by its social achievements?

But I digress. Coming back to IQ, sure it is good to be smart. But there is also a strong need for will power, for decisiveness, for ability to withstand pressure. And this is the biggest problem of Western Europe and North America. Perhaps it will be alleviated by immigration, for the migrants are usually resolute and dynamic people. Ilhan Omar is a paragon of these qualities. Maybe looking at her, some of the white men of Congress will feel shame and start doing something to set the Americans free.

In England, the Muslim migrants succeeded in block ing the revolting program of forcing homo- and trans-sexuality upon children. There were weekly protests over the lessons, which parents claim are promoting gay and transgender lifestyles, but the school paid no heed until the parents of 600 Muslim children, aged between four and 11, withdrew them from the school for the day. Only then did the school relent and drop the indoctrination. Why could native white Englishmen not do this? They were too meek and too obedient to authorities. They were too cooled-down to act.

Laws of thermodynamics can be applied to nations. As nations cool, they requite an external source of warmth to be injected. In the harsh conditions, the hot passionate people will conquer the chilled nation; mass migration is a similar but controlled process of heat transfer.

In the Orthodox Christian service, the Communion wine is warmed up with a splash of hot water. Immigrants are hot water added to native wine in the cup of Communion. Too much hot water will make wine unsuitable for Communion, and too many migrants can destroy the nation. But in small amounts, it can restore its warmth.

So IQ is fine, but it is not a substitute for drive and energy. Europeans spent too much energy trying to conquer the whole world; now they pay for it. Good that this payment has come in the diminutive form of Ilhan Omar.