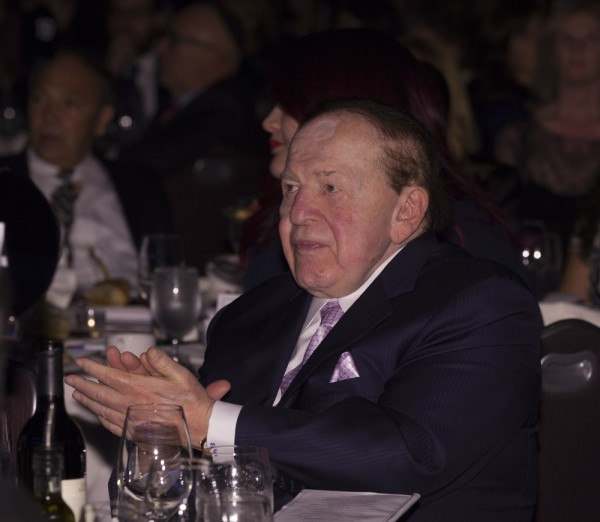 Once in a while, an observer notices a concerted Jewish action, and reports on it pro bono publico. It could be that Jews support Third-world immigration, or Jews fight the memorials, or, in the recent case, Jews promote the war on Iran. The Jews respond with a huge vehement counterattack and make life very difficult for the outspoken observer. Afterwards, the subject recedes, as people get cold feet to proceed, or do not know how to proceed, though the problem remains at large.

The recent example is a piece by Philip Giraldi on the Unz.com, which still produces waves on the web. In his piece he rolled the list of Jews who were keen on Iraq invasion, and who are pushing the US now into an attack on Iran: “David Frum, Max Boot, Bill Kristol and Bret Stephens, Mark Dubowitz, Michael Ledeen… And yep, they’re all Jewish, plus most of them would self-describe as neo-conservatives.”

Giraldi proposed to keep Jews out of the positions of influence on the foreign affairs, in order to keep the US out of wars it does not need. Giraldi wrote: “We don’t need a war with Iran because Israel wants one and some rich and powerful American Jews are happy to deliver.”

Actually, the Israeli newspaper Haaretz wrote at the time (in April 2003): “The war in Iraq was conceived by 25 neoconservative intellectuals, most of them Jewish, who are pushing President Bush to change the course of history. Two of them, journalists William Kristol and Charles Krauthammer, say it’s possible.”

I also wrote things in the same vein during Iraq invasion, and it is good to see that this thesis did not die but keeps resurging from time to time. One could add that these very persons are pushing for conflict with Russia, demonise Putin and attack Trump, though the Orange Man tries to fulfil their wishes as an eager Santa Claus of diligent Lizzie.

While agreeing with Giraldi on the malady, let us discuss the remedy. Would keeping Jews out of foreign policy making actually help? Did the US keep out of wars before the Rise of Jews in late 1960s? The Jews weren’t specially prominent before that time, and certainly weren’t overrepresented in the establishment. A Jewish couple, Ethel and Julius Rosenberg has been fried on the electric chair in 1953, and there were few objections. McCarthy terrorized Jews. The word Holocaust had yet to make its first appearance (in 1968). Jews were still kept out of clubs and out of high level politics. Israel had been threatened by the US (in 1956) rather than assisted.

And still, the free-from-Jews US had fought in Korea the terrible three-year long war (1950-1953), and in Vietnam (up to 1974), invaded and caused regime change in Guatemala and Iran, violently interfered in elections in France and Italy, and had fought the fierce Cold War against the USSR. In all these campaigns, the US Jews were actually for peace and against war. The Jews were nowhere in power when the US fought its wars against Spain and Mexico. The non-Jewish US made a coup in Iran, and non-Jewish and not-pro-Israel President Carter tried to invade Iran. Jews weren’t involved in the conquest of Panama, in Nicaragua intervention, in Granada operation.

Perhaps the Jews had moved the arena of wars to the Middle East and out of Latin America. Less Jewish-influenced America would rather invade Venezuela than Iraq or Iran. But is it so wonderful?

The idea of correcting or channelling the excessive Jewish influence is a reasonable one, but can this goal be achieved by keeping Kristol and Krauthammer out of media (an excellent thought anyway)?

The Jewish prominence in the US is inbuilt in the US culture and tradition. Karl Marx wrote that “in North America, the practical domination of Judaism over the Christian world has achieved as its unambiguous and normal expression”. He said that all Yankees are Jews, behave like Jews, aspire to be Jews and even are circumcised like Jews. So it is natural that real Jews succeed better in being Jews than their Gentile neighbours. Werner Sombart added that Jews were prominent from the very dawn of America and they created American-style capitalism the way that fits them. The Jews are prominent now because America is custom-built for Jews to fit and suit them, he said.

This is what should be corrected, and then the Jewish scribes, these Krauthammers will be out of business of inciting wars. Stop subscribing to Jewish success model, and the Jews won’t be able to influence the Senate. Make the US Christian as Christ taught, share labour and wealth, aspire to God instead of Mammon, make the first last and the last first, love thy neighbour and the problem will be solved.

If this is too tall an order, make it a smaller one. Unseating Ledeens and Frums (and I think they deserve tar and feathers all right) will not do the trick unless the rich Jews are un-wealthed. Without excessive Jewish wealth, there will be no excessive Jewish push for wars. And provided that more than half of all US wealth is in few Jewish hands, freeing it will make a colossal effect of improving life of every American, even every person on earth.

And why to stop there? The super-rich non-Jews are as Jewish as any Jew. They share the same aspirations. Strip them of their assets. Why should we worry whether Jeff Bezos is a Jew by blood or faith, or he is not? He behaves like a Jew, and that is enough. Establish a ceiling of wealth, a counterpart of minimal wage. This idea has been mulled: Jeremy Corbyn called for the maximum wage. Taxes can do it easily – in wonderful Sweden of 1950s, top tax rate was 102%. Or this can be achieved in a more festive way of stripping the richest men of their ill-gotten wealth on the main square of Washington, DC on Mardi Gras Sunday. Do not say this is a punishment for their diligence – other way around, this is assistance on their way to spiritual improvement. Too many assets imprison the spirit.

This would be good for Jews and for all concerned: while the average Jewish wealth in the US had been lagging below total average (that is as long as Jews were less wealthy than Gentiles), the Jews acted in the interests of the people. Around 1968-1970 the Jews became more wealthy than all Americans, and that was it: they ceased to strive for the common good.

Jews could be a force for good if their excessive tendency to collect material goods is nipped in the bud. So it was in the USSR: as the Jews could not make money, they went into science and worked for the common good. Even oligarchs could be good managers instead of pain in the neck for the society.

This is not more complicated than booting Max Boot out of writing business. So why to go for a palliative if you can go for the jugular?