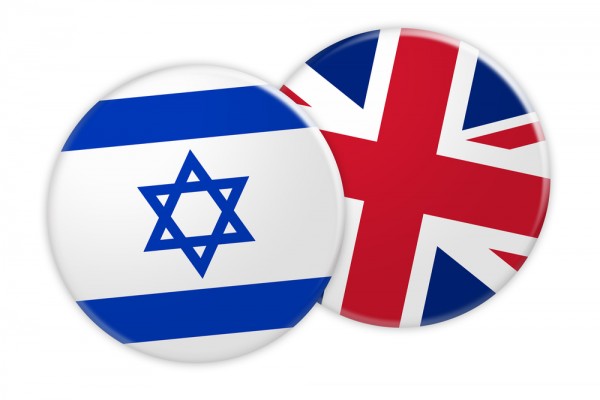 No, the freshly-minted British Duchess of Sussex, Meghan is not Jewish. She’s been married to a Jewish producer (@hertoo!), this is the nearest. Still, the cry Messiah is here! sounded in the British Jewish community, for they had a great run of success. They proved at court that a dead Jew is better than a dead Englishman, and that you have to discriminate in favour of a Jew. Another feat in the Kingdom of the Jewish Messiah!

The hunt for anti-Semites eclipsed the foxhunt in the category of blood sports. Ken Livingstone, a very popular ex-Mayor of London, lifelong Labour political activist, has been expelled out of Labour for his anti-Israeli views, deemed “antisemitic”. This is a big victory in a wider campaign against Jeremy Corbyn, the Labour leader, carried out by Friends of Israel, for Corbyn is a determined anti-Zionist with a long record of support for Palestinians and for other Resistance movements.

He is also for repairing relations with Russia, and the BBC played it up presenting him in a Russian winter hat against a Russian church background, to show for sure that he is a Russian agent. His son Tommy ‘liked’ a Facebook link to a piece of mine on a Palestinian site, and this was duly recorded as a proof of his father’s antisemitic tendency.

Livingstone is a jolly, hard-boiled, outspoken and very popular fellow, a real asset for Corbyn’s Labour. Thus Corbyn repeated the original error of Donald Trump who also agreed to drop his best supporters after they were accused of breaking PC rules and of antisemitism.

Organised Jewry hates Corbyn and Livingstone not only for their stand on Israel/Palestine; it is an indicator of policy. Organised Jewry, as opposed to ordinary accidental Jews, is a political body acting against the working people of England and for themselves, that is for the landlords and the moneybags. Usually they vote Conservative, and if they support Labour, they bend it in a Blairite mode. Blairite Labour is a pro-Jewish Labour, Conservative Lite. Blair took the UK into the Iraqi War and added to the destruction of the British working class that was launched by the Iron Lady Margaret Thatcher.

Now Corbyn and Livingstone are definitely no Blairites. They are against wars, against NATO, against selling arms to Israel and Saudi Arabia. Corbyn was the rare voice of reason during the Skripal madness. That’s why Organised Jewry wants to get rid of him; and antisemitism is their weapon of choice.

When Corbyn is subdued, the Cold War with Russia will become colder, much colder – if not very hot, by the way of dialectics. More Yemenis and Palestinians will be killed by British weapons, and British money will go to nuclear rearmament, instead of health services. It is very sad Corbyn allowed them to remove Livingstone; he lost an ally and he showed a sign of weakness.

Not the first one. Corbyn is weak on Jews, this is his Achilles Heel. Jeremy Corbyn agreed that dead Englishmen are inferior to dead Jews, and this is worse than Livingstone’s departure. (Let us add for balance’ sake, that this is the law of the realm, too.)

In England, dead bodies are released for burial by the coroner, and his permission usually takes time. The Jews do not want to wait with the commoners even after death. They demand to be buried right away, while non-Jews may have to wait for a week or longer. Many coroners just do it, but the obstinate coroner for progressive inner North London, a certain Ms Mary Hassel, decided to operate on ‘first come, first serve’ basis. In her own words, “no death will be prioritised in any way over any other”. For her, a dead Jew has no priority before an Englishman on his way to the cemetery. It sounds fair, sort of “all are equal in front of the Grim Reaper”, but such equality is against Jewish tradition.

The Jewish law postulates that a dog is better than a goy. This was stated by the leading authority, Rashi (Rabbi Shlomo Itzhaki, the 11th century exegete) in his commentary to Exodus 22:30. A dog is to be preferred over a goy, said he in discussing the proper way to dispose of non-kosher meat. Here is the original with a modern Jewish translation into English. The translation softens the message by adding “to be given preference in this respect” where the original has the brutal “dog is better than him [a goy]”. The translation offers “heathen”, where the original has straightforward “goy”. With such an attitude, it is obvious that the Jews should not mind overtaking non-Jews in the line to the coroner.

Now the story takes an unbelievable turn. The Jews sued Mary Hassel, and won. Not in Israel, not in a Jewish state, but in England. The High Court ruled a coroner must consider Jewish sensitivities. If they do not want to wait, do not cause them grief by waiting – it is “unlawful, irrational and discriminatory” to refuse to discriminate in favour of Jews. This mind-boggling (and in my view extremely offensive to an ordinary mortal goy who has to wait for weeks to get released for burial) decision has been made by a Lord Justice Singh, and lauded by Lord Mayor Sadiq Khan.

One could mumble something about Indians who import their caste ideas into fair England, but there was no rush by native judges to overrule Singh. And unfortunately Jeremy Corbyn approved of the decision, saying: “The High Court ruling is very welcome and will be a huge relief to the Jews who have suffered significant and unnecessary anxiety.” Even worse: before the matter went to the High Court, Jeremy Corbyn wrote to Hassel demanding that she reconsider.

Perhaps they were right? The Jews say that urgent burial is a religious duty. It is true, but so is the killing of a baptised Jew like me; it is a religious duty to kill such an apostate even on Yom Kippur, but Jews usually manage without fulfilling this obligation. On a milder note, a Jew is prohibited from eating bread baked by a non-Jew (פתנוכרי), but the vast majority of Jews transgress this prohibition. There are hundreds of Jewish laws and prohibitions that Jews do not observe if they can’t be fulfilled.

It is possible to offset this requirement of the Jewish law by another, keeping peace with neighbours (דרכישלום), as obviously getting in front of the line and bypassing your neighbours is disturbing peaceful relations with them.

The Jews say that they do it for the Muslims’ sake. Somehow Mary Hassel was taken to Court by Jews, not by Muslims. Jews often use Muslims for an alibi: instead of saying “we do not want to see a Christmas tree” or “we don’t want to hear church bells”, they say: it is offensive for Muslims. It is offensive for Muslims to be locked up in Gaza, but Jews do not mind causing that offence. So this elaboration is just an exercise in futility.

Jeremy Corbyn, a man who tried to please the Jews, is a sitting duck for antisemite hunters. I do not intend to criticise him, for he is a politician who operates in an England blessed with such a High Court, such a Parliament and such a corporate media.

Despite his efforts to please, on a popular New World Order TV show, leftish Frankie Boyle attacked Corbyn for an “antisemitism crisis” – in the week the Jews committed the Gaza Massacre. Her obscene action had been analysed and found disgraceful by the wonderful British journalist, a resident in Nazareth, the city of Annunciation, Jonathan Cook. He wrote: “The very week when Palestinians need full-throated support, and Israel full-throated condemnation, you trotted out stale and bogus allegations of an antisemitism “crisis” in Labour precisely designed (whether you understand it or not) to foreclose criticism of Israel. That is a betrayal of the Palestinian people in their time of need”.

It is also a betrayal of the British people – or should we say, ushering them into the Kingdom of the Jewish Messiah?

P.S. Today, at the date of publication of this piece (what a stunning coincidence!), a new great step of the Jewish Messiah has been heard in England. A woman singer has been convicted of mocking Elie Wiezel etc. The judge said she will go to prison; actual sentencing is in a month.

“Alison Chabloz, of Derbyshire, was convicted [for] Chabloz mocked Jewish figures, including Nobel Peace Prize winner Elie Wiesel, as well as Anne and Otto Frank, to the tune of Hava Nagila. District Judge John Zani said he was “entirely satisfied” that the material was “grossly offensive”, and that it was intended to insult Jewish people. The Campaign Against Antisemitism (CAA) said: “Essentially this is a ruling on the legality of Holocaust denial and antisemitic conspiracy theories in the UK. This is about where the line lies between free speech and dangerous antisemitic incitement”.

Thus England within a few years went from God save the Queen//the Fascist regimebeing permitted and lèse-majesté de-criminalised — to an artist being sent to jail for (((survivors))) and lèse-majesté restored to the Penal Code books. It is the majestethat changed, it departed from the Windsor, king of goyim, to the Messiah, king of the Jews, after some 70 years of interregnum when you could freely mock both; the freest years England knew, when the old order had collapsed and was no longer enforced and the new order was not yet enforced.