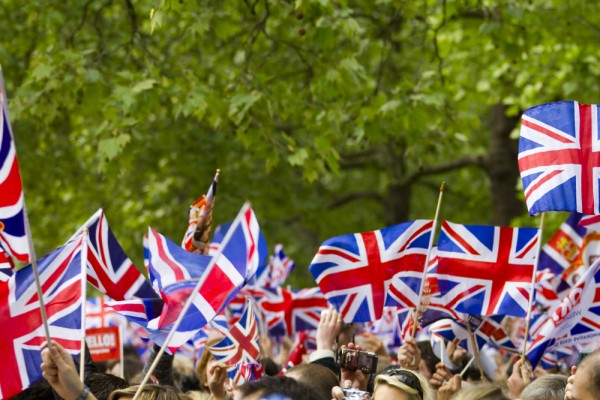 Few people expected the positive outcome of Brexit referendum. Among other doubters, I expected the UK government will borrow a trick from the Clinton collection, and proclaim the Bremain hath it.

We witnessed so many dirty tricks in the Dem primary this year: the votes were not counted, but the newspapers called Hillary the winner; millions could not vote at all being stricken off the roll; Trump was demonised as a new Hitler; so I thought they will do the same in the UK vote.

The political establishment of both leading parties, the Tories and Labour, wished to remain in the cosy lap of the EC. This was the will of the Bank of England, and of the City of London; of the powerful media lords, of the creative minority of yuppies, of cosmopolitan intellectuals.

They called the supporters of Brexit: racists, country hicks, rednecks, xenophobes, illiterate bumpkins, proles, nationalists, chavs. They called for the wizened wizard George Soros and he divined the Brits will lose a lot of their money brexiting. They turned the tragic death of Jo Cox into a Bremain feast, including bizarre celebration of the murdered woman’s birthday on the Trafalgar Square, in the best tradition of the Masters of Discourse. Now Brexit is doomed, proclaimed the false prophets of the media.

I have to confess: despite all my conscious life of waging info wars, I was also misled by the ‘predictions’. Instead of seeing the prognoses for what they were, namely, crude persuasion efforts or wishful thinking, I almost believed them. The pessimistic view of “everything is already settled in the dark back rooms by men of power” seeped in. The sweeter were the news on Friday morning.

My congratulations to the Brits: you defeated fear and despondency, you refused to accept defeat. You are the true sons of people who fought the Battle for Britain instead of accepting the lot decided in Berlin and Brussels. You dealt a blow to the reborn Reich and you gave hope to all of us.

The Russians did not and could not interfere; they anyway thought that the referendum is just a game of Cameron, and that there is no chance to break away from the new Jail of the Nations. Now they are amazed and happy: they hope the spectre of war will go away, and the EC sanctions will disappear with the EC.

Europeans are excited while their ruling politicians are worried. I am now in Estonia, a small country on the Baltic Sea, and here people are delighted. There is nothing good about the EC for us, said my friend Mikhel, an Estonian nationalist. Only politicians after cushy jobs in Brussels benefit from EC.

This is the feeling in Sweden, where pro-EC politicians unleashed the migration wave of biblical dimensions, and practically outlawed every objection as “racist”. Swedes were not allowed to have a referendum, but if they were, they would choose Swexit anytime. The Swedes are particularly annoyed by nameless and unelected EC bureaucracy, by people like Donald Tusk, an obscure Polish politician who became an EC “president”. They are annoyed by hordes of Gypsies that camp on their doorstep. Now Euro-sceptics all over Europe had got fresh wind in their sails.

Brexit is a game-changing event. We discern a powerful force acting against the global gang of bankers. Perhaps this force is connected with the industrialists, with people of “real” economy who suffered in the neo-liberal, bankers-driven economy. The workers can support them, and apparently they do, because the bankers wants to destroy the world. So the rising power that is felt behind Trump and Brexit is an alliance of working people and real economy entrepreneurs, in opposition to the talking heads and financiers.

Above all, the Brits gave hope to the Americans. If the Brits could defeat powerful coalition of party establishment, media, mercenary intellectuals, bankers, so can the Americans. Now we have learned that Trump can win. Instead of having a new world war, people can have peace. Instead of giving all their money to banks and the Pentagon, the bounty can be shared by the people who produce the wealth of the nation.

The main argument contra Trump that still rules in the social networks is a PC argument. He is a white man and therefore a racist, he is against Muslims, he never goes to gay discos, he does not belong to the approved minorities.

This argument has been brilliantly smashed by my favourite American politician, by brave and beautiful Cynthia McKinney, the ex-congresswoman from Georgia and an ex-candidate of the Green Party for the US Presidency. She was one of the very few who stood against the almighty Israel Lobby, she sailed on the Freedom boat to the besieged Gaza, she was against wars in Iraq and Libya, and she paid the price: she was voted out by the obedient Lobby yes-men. Now she wrote: “WooHoo!!! The people WIN!!! Cameron Resigns!!! Let’s do it in the U.S.A. y’all!”

Immediately she was challenged by PC police:

Emerson Leandro How can you be happy about this racist vote?!? this may see the rise of fascism in Europe. The leavers were on the whole xenophobic racists. Hate to tell you, but I live here and it’s been horrible and scary.

Cynthia McKinney, PhD Honey, there’s very little you can tell me about racism that I haven’t experienced personally or within my family. You can start with my last name.

By gad, if I were Trump, I’d take Cynthia for my VP, and win with her all the way to the White House and glory. Cynthia defeats the lies of professional antiracists. She is black, but she is the whitest of Congress people. She is a woman, but she can teach men to brave the dangers.

The whole scheme of identity shell-game, of minorities-against-majority built by the Masters of Discourse, can and should be undermined. We all can be together against the financiers and their bought-and-paid-for intellectuals.

Yes, dreams of Bernie winning were nice, but the Vermont senator proved to lack stern stuff. He did not dare speak against Clinton; he did not dare to offer Trump to join forces against the political establishment; he promised to support Clinton against Trump. Pity this nice man is so weak. By embracing Cynthia, Trump can gather people who are lost after Bernie’s defeat.

The Brexit victory proves that victory is possible. It can be done. As Boris Kagarlitsky puts it, “change is underway, not only because of the political and social logic, but also due to the fact that the possibility of maintaining the current neoliberal model of capitalism is objectively exhausted. And if the left does not want and cannot fight it, it will be the right-wing populists like Donald Trump in the USA or Marine Le Pen in France who will strike the fatal blow to this order.”